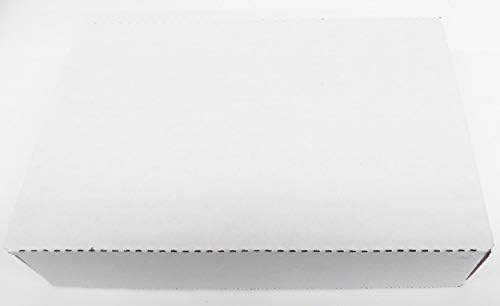 The iPad mini 4 models — casually described by Apple as a little iPad Air 2 — pack similar, but not identical, internals in a smaller case. Both iPad mini 4 models, this Cellular-equipped model and its Wi-Fi only brother, feature a 7.9″ 2048×1536 (326 ppi) LED-backlit IPS touch-sensitive display with an antireflective coating, a dual core 1.5 GHz Apple A8 processor, 2 GB of RAM, and 16 GB, 32 GB, 64 GB, or 128 GB of flash memory storage. Other notable features include dual cameras — a rear-mounted 8 megapixel “iSight” camera capable of shooting stills and 1080p video and a front-mounted 1.2 megapixel “FaceTime HD” camera capable of shooting stills and 720p video, dual-band 802.11a/b/g/n/ac Wi-Fi with HT80 with MIMO capability and Bluetooth 4.2, as well as dual microphones and speakers. Connectivity to computers, if desired, and power is provided by the Lightning port. Housing color options consist of silver with a white front, gold with a white front and a medium-toned “space” gray with a black front. The battery life of this iPad mini 4 model is reportedly 10 hours “surfing the web on Wi-Fi, watching video, or listening to music” or nine hours surfing the web using cellular data capabilities. This Wi-Fi/Cellular iPad mini 4 (A1550) has support for A-GPS, GSM/EDGE, UMTS/HSPA+/DC-HSDPA, CDMA EV-DO, and perhaps most importantly LTE bands 1, 2, 3, 4, 5, 7, 8, 13, 17, 18, 19, 20, 25, 26, 28, 29, 38, 39, 40, and 41. In the US, this single device is designed to run on the AT&T, Sprint, T-Mobile, and Verizon networks and even ships with an “Apple SIM” that is designed to allow one to switch between AT&T, Sprint, and T-Mobile at will (but AT&T locks the Apple SIM upon activation with the carrier, defeating its purpose entirely, and Verizon does not participate in the Apple SIM altogether). In the UK, Apple also provides an Apple SIM. In other countries, a traditional carrier nano SIM can be used.

*Apple officially reports that the iPad mini 4 models use an “Apple A8” processor with “64-bit architecture and [an] M8 motion coprocessor” with an unspecified clockspeed, but third-party software analysis has determined that it runs at around 1.5 GHz.
*Apple releases no official information regarding the amount of onboard RAM. However, software analysis has determined that the iPad mini 4 has 2 GB of RAM.
*The iPad mini 4 models are available with either a black glass front and a “Space” gray aluminum back, a white glass front and a silver colored aluminum back, or a white glass front and a gold colored aluminum back.
*The iPad mini 4 models have a 7.9″ IPS LED-backlit 2048 by 1536 “fully laminated” display (326 ppi) with an “oleophobic” (oil repellent) and antireflective coating. They also provide video mirroring and video out support up to 1080p using the “Lightning Digital AV Adapter” and the “Lightning to VGA Adapter.”