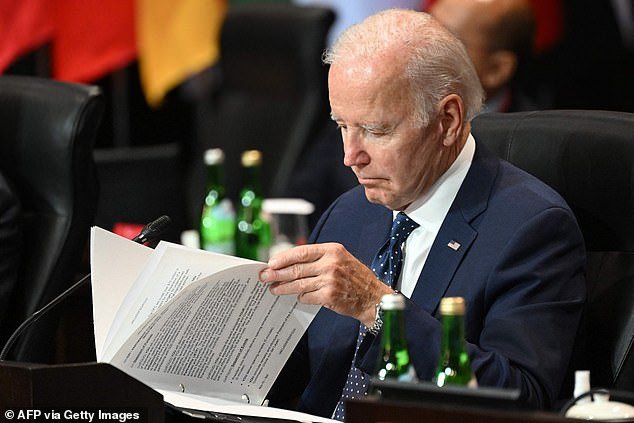 Joe Biden is caught once again with a cheat sheet that instructs him when to sit and take photos while at the G20 Summit.

A close up snap of the President sitting down showed him with a list of instructions that said ‘YOU will sit at the center’ and ‘YOU will deliver opening remarks.’

The 79-year-old attended the two-day summit in Bali, Indonesia along with other world leaders.

In his notes, Biden was also instructed when to take photos with other leaders before sitting down.

Biden has been caught using a cheat sheet multiple times, including at a June meting with wind-industry executives.

The exposure of his descriptive notes have sparked concerns for his well-being and health. 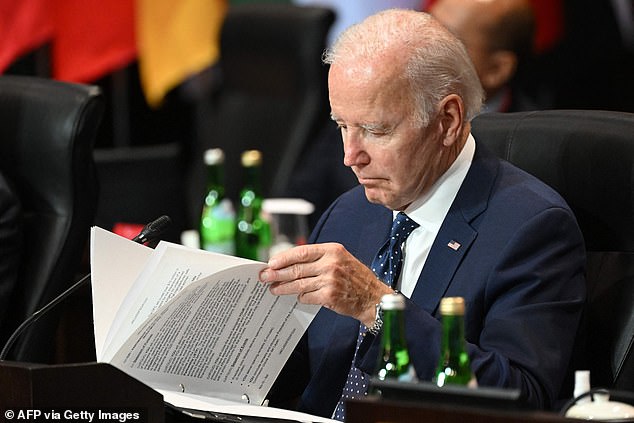 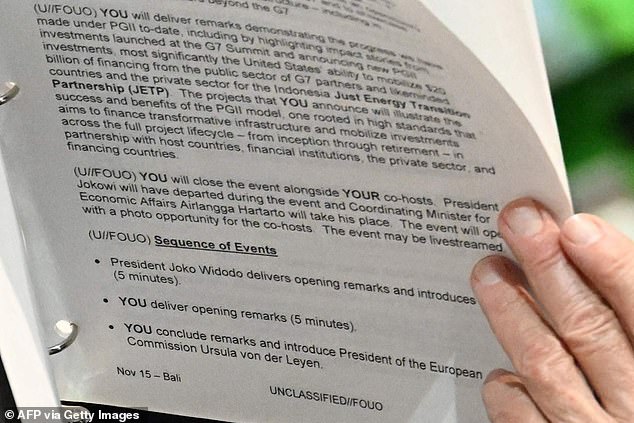 The notes Biden held in his hands contained instructions for the opening remarks for the G20 event.

From taking a photos to delivering the opening remarks, Biden was walked through how to handle himself leading to his speech.

At the top and bottom of the notes, clear instructions in bold told Biden to turn the page for his opening statement notes.

Other detailed notes tell Biden what projects he will announce and that he is responsible for closing the event along with his co-host.

The notes specifically refer to the President as ‘YOU’ instead of his name.

In a separate photo, Biden appeared to be glancing at the notes while at a table. 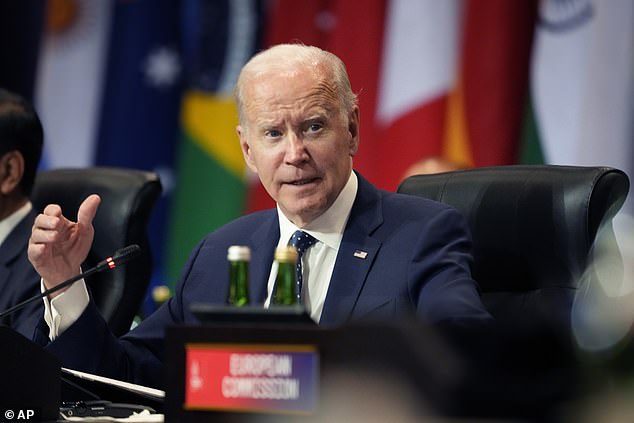 It is not the first time Biden has been caught with cheat sheet while in important meetings. Pictured: Biden during the summit on November 15

Biden has been caught revealing his detailed notes for everyone to see several times.

In the June meeting with wind executives at the White House, the President flashed the plan on how to conduct himself.

The detailed instructions were titled ‘Offshore Wind Drop-By Sequence of Events’ and told Biden to ‘enter the Roosevelt Room and say hello to participants.’

The strip of paper told him to sit down: ‘YOU take YOUR seat’, it instructed. The note then told the president to speak once the reporters had been brought into the room: ‘YOU give brief comments (2 minutes).’

After the reporters departed, Biden was told to speak to some of those present at the meeting. ‘YOU ask Liz Shuler, President, AFL-CIO, a question’ and then ‘YOU thank participants’ and ‘YOU depart.’

The meeting went down without further incident but afterwards eagle-eyed photographers quickly realized what the President had revealed. 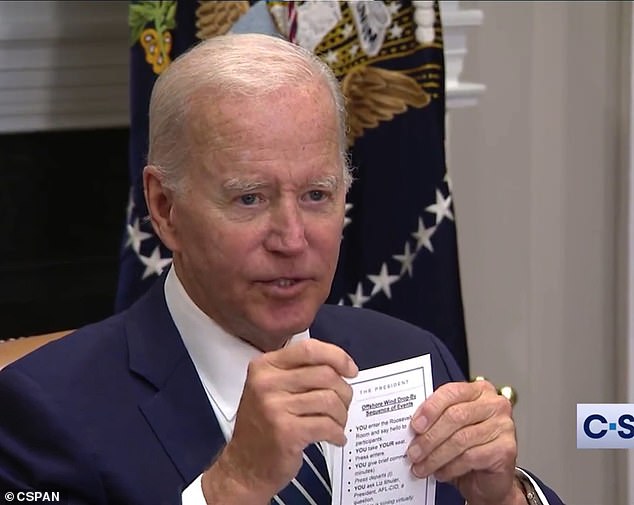 The President mistakenly showed photographers the list of instructions that said ‘take YOUR seat’, ‘YOU give brief comments’ and ‘YOU depart’ 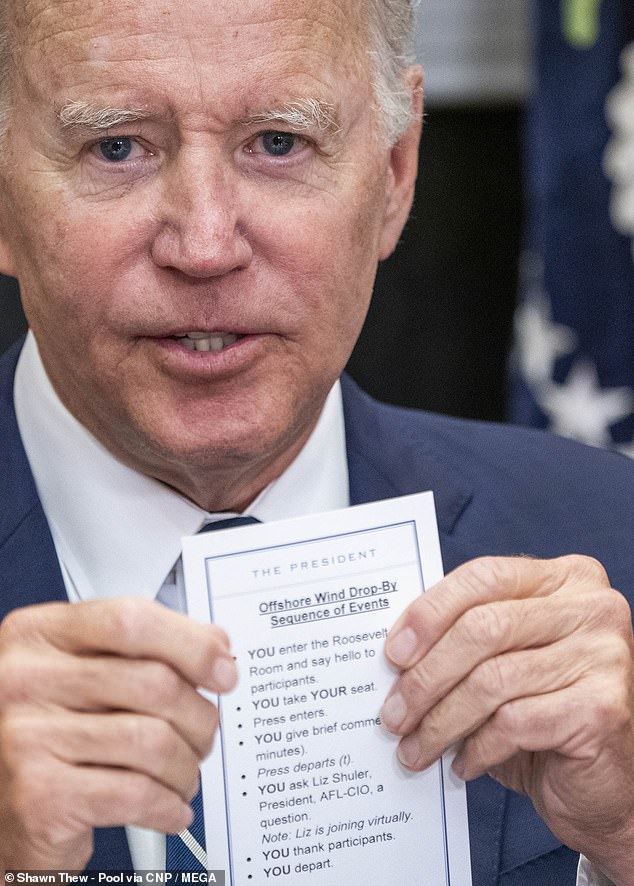 The 79-year-old was also instructed to speak to specific attendees, ask them questions and thank them before leaving the room

Earlier this year, Biden was mocked for using a printed ‘cheat sheet’ of answers to expected questions when he faced the media to discuss the Ukraine war.

The notes read: ‘If you weren’t advocating for regime change, what did you mean? Can you clarify?’ Another read: ‘Is this now threatening to splinter unity with your NATO allies?’

Biden already had an answer prepared on the printed card: ‘No. NATO has never been more united.’ He regularly uses cue cards, and was photographed frequently with them during the campaign trail before taking office.

He would often take from his pocket the daily totals of Covid cases, which he referenced regularly. He also used them to give precise details at a Town Hall before the election, as he fielded a question about taxes.

‘I carry this card with me,’ Biden said, referencing the card. He used several cheat sheets during his first presidential press conference, including one with the headshots and names of reporters he planned to call on.

Biden also utilized notes during a 2021 summit with Putin, while touring the damage of Hurricane Ida in Louisiana and while calling on reporters at the G20 summit in Rome.