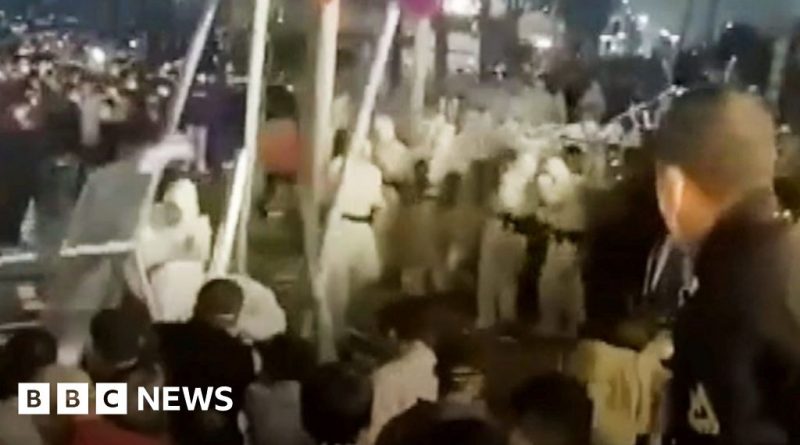 Footage has emerged on Chinese social media appearing to show protesters clashing with police in hazmat suits at a factory in the Chinese city of Zhengzhou.

Some people appear to be hurt in the videos, which took place outside the world’s biggest iPhone factory.

One employee who recently started working at the plant has told the BBC workers were protesting because Foxconn had “changed the contract they promised”.

Manufacturer Foxconn said it would work with staff and local government to prevent further violence.

In its statement, the firm said some workers had doubts about pay but that the firm would fulfil pay based on contracts.

It also described as “patently untrue” rumours that new recruits were being asked to share dormitories with workers who were Covid-positive.

Read more on the story here.