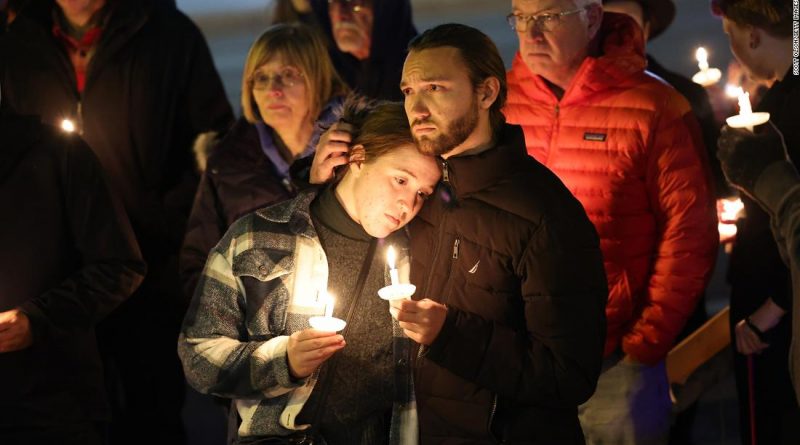 Richard M. Fierro, one of the men who tackled the gunman in the Colorado Springs Club Q shooting, said it wasn’t about being the hero — it was all about protecting his family.

“I’m protecting my family… and I did what I had to do. And honestly, I don’t care about myself in that moment, I care about everybody that was around me and I care especially about my family,” he said in an interview on AC 360 on Monday night.

His daughter’s boyfriend Raymond Vance was killed in the shooting and two friends are still in hospital.

“I’m not a hero. I’m just a guy that wanted to protect his kids and wife, and I still didn’t get to protect her boyfriend,” he added.

Fierro, a retired Army major, said he was at the club with family and friends to watch his daughter’s friend, her junior prom date, perform in a drag show.

As soon as Fierro heard gunfire, he said he pulled his friend to the ground.

Fierro said he saw the gunman start moving toward the patio area, and noticed he was wearing a body armor vest – and he knew there was a handle on the vest. So he ran across the room and grabbed the handle and pulled the suspect to the ground, he said.

At this point, the suspect’s rifle flew out of his hands. Fierro said he started hitting him with a pistol. “I just started whaling away with his gun,” he said.

Fierro served in the US Army for nearly 15 years and had four combat deployments.

When police arrived, Fierro said he started first aid on his friend who was shot in the chest, arms and legs. He said her husband was nearby, reaching for her.

“I put her hand in his hand so that they could be together. I didn’t know if they were going to make it,” he said.

“There’s five people that didn’t go home,” Fierro added emotionally, saying that he wishes he could have protected everyone in the nightclub.