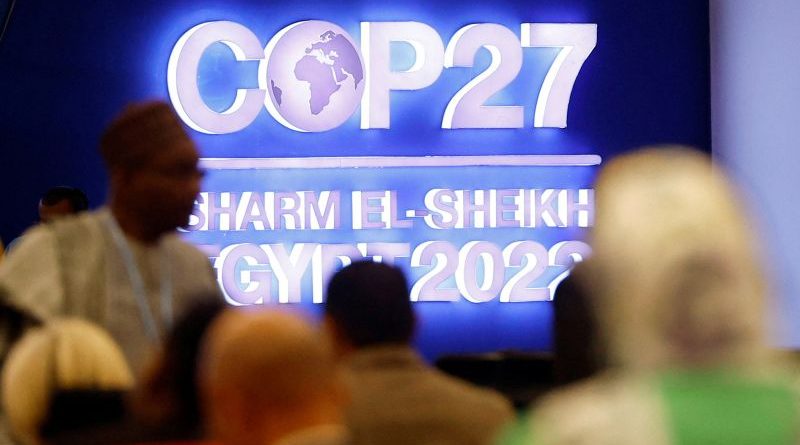 
Delegates from nearly 200 counties at the COP27 climate summit have agreed to set up a loss and damage fund meant to help vulnerable countries cope with climate disasters, in a landmark deal early Sunday morning in Sharm el-Sheikh, Egypt.

But while the deal represents a breakthrough in what has been a contentious negotiation process, delegates were still working to hammer out other controversial parts of the agreement, including a proposal to include a call to phase out all fossil fuels, rather than just coal.

The deal marks the first time countries and groups, including longtime holdouts like the United States and the European Union, have agreed to establish a “loss and damage” fund for nations vulnerable to climate disasters made worse by pollution disproportionately produced by wealthy, industrialized nations.

Negotiators and non-governmental organizations observing the talks said the fund was a significant achievement, after developing nations and small island countries banded together to amplify pressure.

The fund will focus on what can be done to support loss and damage resources, but it does not include liability or compensation provisions, a senior Biden administration official told CNN.

The US and other developed nations have long sought to avoid such provisions that could open them up to legal liability and lawsuits from other countries. And in previous public remarks, US Climate Envoy John Kerry had said loss and damage was not the same thing as climate reparations.

“‘Reparations’ is not a word or a term that has been used in this context,” Kerry said on a recent call with reporters earlier this month. He added: “We have always said that it is imperative for the developed world to help the developing world to deal with the impacts of climate.”

Details on how the fund would operate remain murky. The text leaves a lot of questions on when it will be finalized and become operational, and how exactly it would be funded. The text also mentions a transitional committee that will help nail down those details, but doesn’t set specific future deadlines.

And while climate experts celebrated the win, they also noted the uncertainty going forward.

An outcome on a fund came this year in large part because the G77 bloc of developing nations stayed unified, exerting increased leverage on loss and damage than in past years, climate experts said.

“They needed to be together to force the conversation we’re having now,” Nisha Krishnan, resilience director for World Resources Institute Africa told reporters. “The coalition has held because of this conviction that we did need to stay together to deliver this – and to push the conversation.”

For many, the fund represents a hard-fought years-long victory, pushed over the finish line by the global attention given to climate disasters such as Pakistan’s devastating flooding this summer.

“It was like a big buildup,” former US climate envoy Todd Stern told CNN. “This has been around for quite a while and it’s getting all the more aggravating to vulnerable countries because there’s still not a lot of money getting put into it. As we can see the actual disaster impacts of climate change are getting more and more intense.”

The conference first went into overtime on Saturday before continuing into the early hours of Sunday morning, with negotiators still working out the details as the workers were dismantling the venue around them. At points, there was a real sense of fatigue and frustration. Complicating matters was the fact that Kerry – the top US climate official – is self-isolating after recently testing positive for Covid, working the phones instead of having face-to-face meetings.

And earlier in the day Saturday, EU officials threatened to walk out of the meeting if the final agreement fails to endorse the goal to limit warming to 1.5 degrees Celsius above pre-industrial levels.

Global scientists have for decades warned that warming must be limited to 1.5 degrees – a threshold that is fast-approaching as the planet’s average temperature has already climbed to around 1.1 degrees. Beyond 1.5 degrees, the risk of extreme drought, wildfires, floods and food shortages will increase dramatically, scientists said in the latest UN Intergovernmental Panel on Climate Change (IPCC) report.

In a carefully choreographed news conference Saturday morning, the EU’s Green Deal tsar Frans Timmermans, flanked by a full line-up of ministers and other top officials from EU member states, said that “no deal is better than a bad deal.”

“We do not want 1.5 Celsius to die here and today. That to us is completely unacceptable,” he said.

The EU made it clear that it was willing to agree to a loss and damage fund – a major shift in its position compared to just a week ago – but only in exchange for a strong commitment on the 1.5 degree goal.

As the sun went down on Sharm el-Sheikh Saturday evening, the mood shifted to cautious jubilation, with groups of negotiators starting to hint that a deal was in sight.

But, as is always the case with top-level diplomacy, officials were quick to stress that nothing is truly agreed until the final gavel drops.