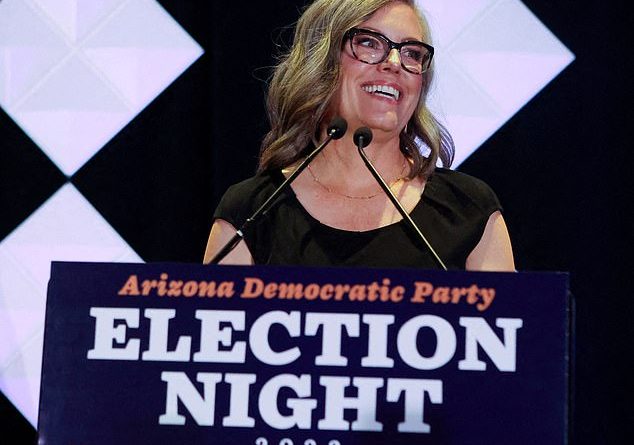 Kari Lake, one of the most high-profile Republican candidates in the midterm elections to embrace former President Donald Trump’s false claims of voter fraud in 2020, lost her bid to become the next governor of Arizona, Edison Research projected on Monday.

The closely fought governor’s race between Lake and Democrat Katie Hobbs was one of the most significant in the general election because Arizona is a battleground state and is expected to play a pivotal role in the 2024 U.S. presidential election.

Lake had vowed to ban the state’s mail-in voting, which conspiracy theorists falsely claim is vulnerable to fraud, fueling distrust among voters about the safety of a voting method used by hundreds of thousands of Americans.

Her defeat capped a triumphant week for Democrats, who defied Republicans’ hopes for a ‘red wave’ in the midterm elections.

Hobbs´ victory adds further evidence that Trump is weighing down his allies in a crucial battleground state as the former president gears up for an announcement of a 2024 presidential run.

Democrats retained their control of the U.S. Senate after keeping seats in the swing states of Arizona and Nevada, with Vice President Kamala Harris holding the tie-breaking vote.

Republican colleague Liz Cheney was quick to take to Twitter to mock Lake.

‘Thank you again for the huge boost to our campaign! Enjoy your forced retirement from politics,’ Ms Lake had said. 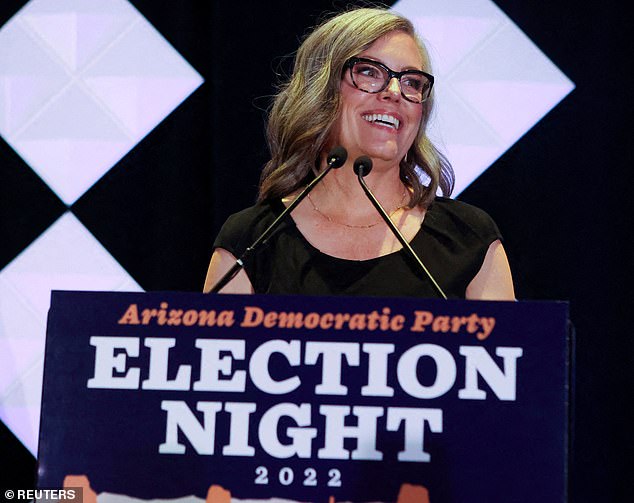 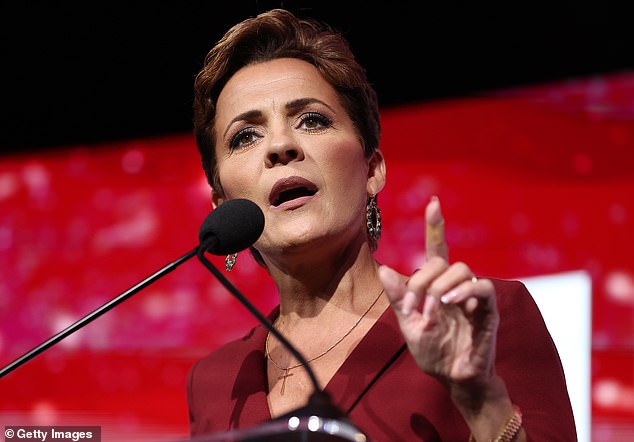 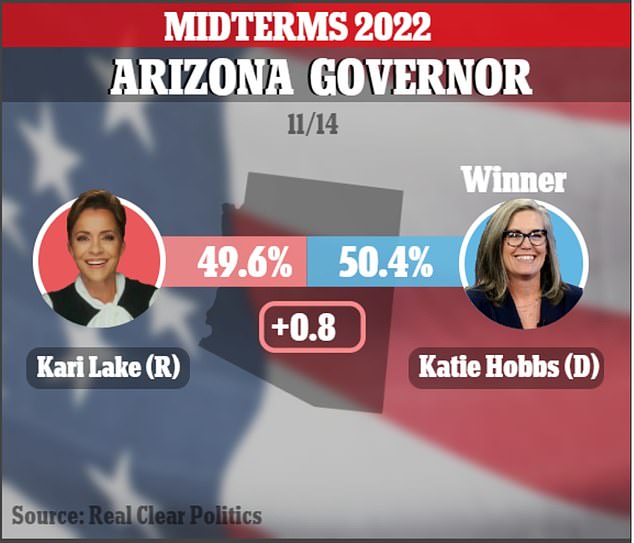 Hobbs won 50.4% of the votes cast in what was a razor thin race out of roughly 2.5 million votes counted almost one week on from Election Day 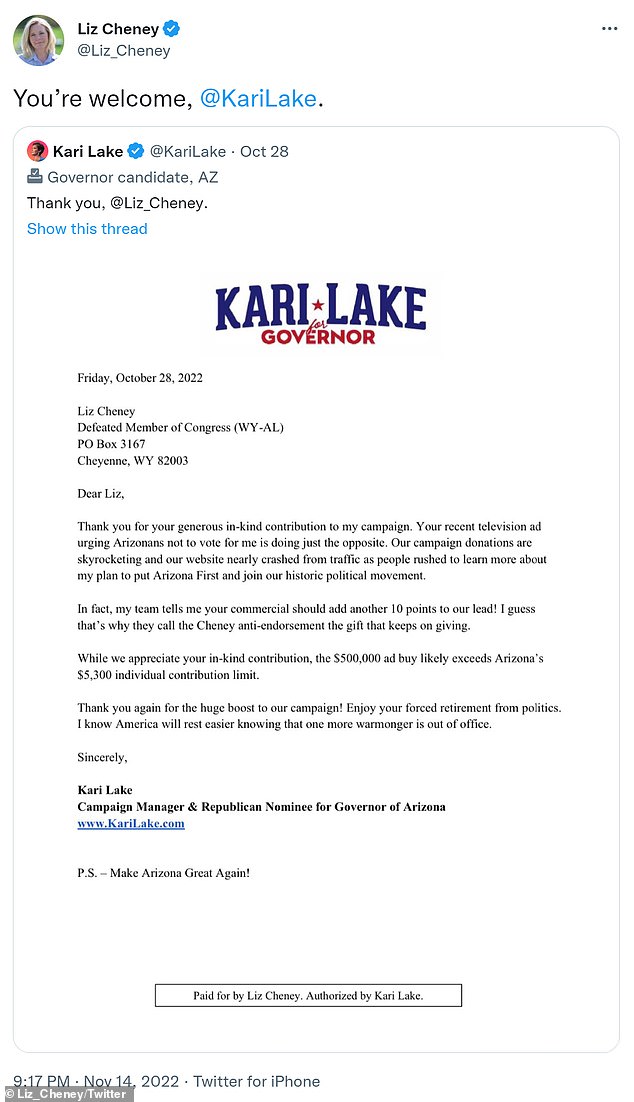 Hobbs, who is Arizona´s secretary of state, rose to prominence as a staunch defender of the legitimacy of the last election and warned that her Republican rival, former television news anchor Kari Lake, would be an agent of chaos.

The Democratic victories in a swath of gubernatorial, congressional and statehouse elections defied expectations that voters would punish them for record inflation, including high gas and food prices. Instead, Democrats were able to curb their losses, in part by mobilizing voters angry over the U.S. Supreme Court decision to overturn the constitutional right to abortion.

Still, Republicans continued to edge toward control of the House of Representatives.

As of Monday, Republicans had won 212 seats and the Democrats 206, with 218 needed for a majority. Control of the House would allow Republicans to stymie President Joe Biden’s legislative agenda.

It could take several days before the outcome of enough House races is known to determine which party will control the 435-seat chamber. 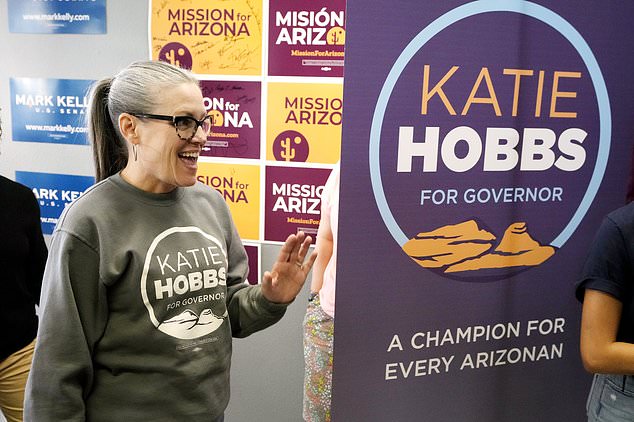 The closely fought governor’s race between Lake and Democrat Katie Hobbs was one of the most significant in the general election because Arizona is a battleground state and is expected to play a pivotal role in the 2024 U.S. presidential election

Lake, a former television news anchor, was one of a string of Trump-aligned Republican candidates who lost battleground state races. Voters in Pennsylvania, Michigan and Wisconsin also rejected election deniers in races for governor and other statewide election posts.

Biden narrowly beat Trump in Arizona in the 2020 election. Hobbs, Arizona’s current secretary of state, rose to national prominence when she defended the state’s election results against Trump’s claims of voter fraud.

Her win on Monday is a Democratic pickup of a governorship currently held by Republican Doug Ducey.

Vote-counting in Arizona continued for nearly a week after the November 8 election.

Arizona requires voters’ signatures on early ballots to be verified before they are processed. 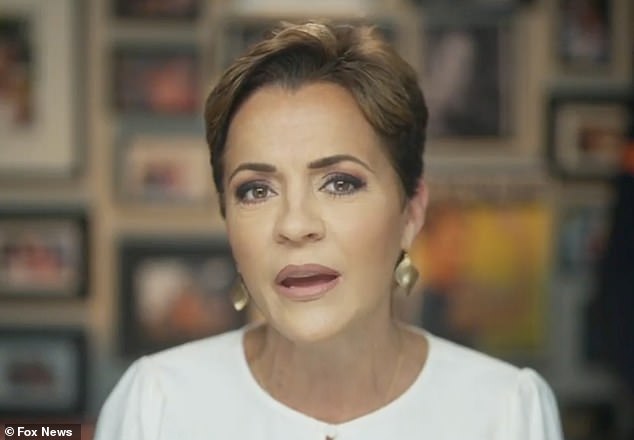 Kari Lake’s defeat capped a triumphant week for Democrats, who defied Republicans’ hopes for a ‘red wave’ in the midterm elections

The counting was delayed this year because hundreds of thousands of early ballots were cast at drop boxes on Election Day, officials said.

Lake and Trump had pointed to temporary Election Day problems with electronic vote-counting machines in Maricopa County as evidence that Republican votes were being suppressed.

A judge denied a request to extend polling place hours, saying Republicans had provided no evidence that voters were disenfranchised by the issue.

In a Sunday appearance on Fox News, Lake said the lengthy counting process was ‘trampling’ voters’ rights, and was further evidence of why election administration in Arizona needed to be reformed.

‘We can’t be the laughing stock of elections any more here in Arizona, and when I’m governor, I will not allow it,’ she said. 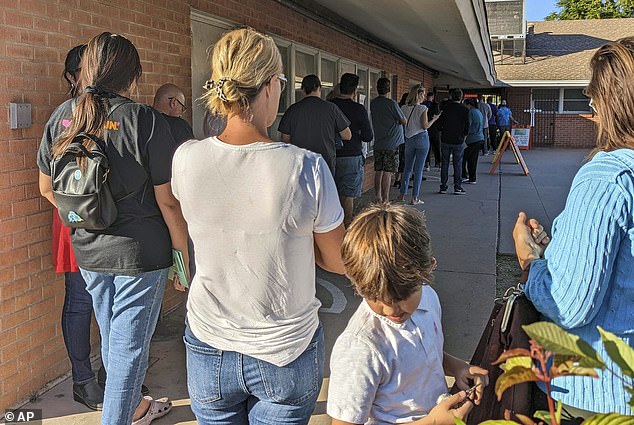 Arizonans are pictured waiting in line to cast their ballots in Phoenix, Arizona last Tuesday amid chaos with voting machines malfunctions that caused massive delays 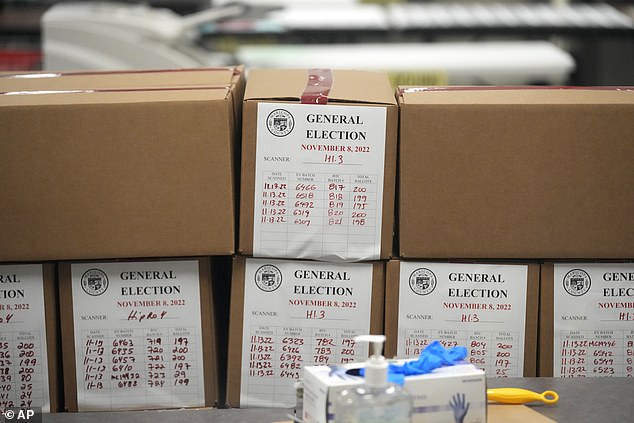 Hobbs eked out a narrow win in 2018 as secretary of state and was thrust into the center of a political storm as Arizona became the centerpiece of the efforts by Trump and his allies to overturn the results of the 2020 election he lost. She appeared constantly on cable news defending the integrity of the vote count.

The attention allowed her to raise millions of dollars and raise her profile. When she announced her campaign for governor, other prominent Democrats declined to run and Hobbs comfortably won her primary.

She ran a cautious campaign, sticking largely to scripted and choreographed public appearances. She declined to participate in a debate with Lake, contending that Lake would turn it into a spectacle by spouting conspiracy theories and making false accusations.

She bet instead that voters would recoil against Lake, who picked verbal fights with journalists as cameras rolled and struck a combative tone toward Democrats and even the establishment Republicans who have long dominated state government.

Your browser does not support iframes.

Pre-election polls showed the race was tied, but Hobbs´ victory was still a surprise to many Democrats who feared her timidity would turn off voters. She overcame expectations in Maricopa and Pima counties, the metro Phoenix and Tucson areas where the overwhelming majority of Arizona voters live. She also spent considerable time in rural areas, looking to minimize her losses in regions that traditionally support Republicans.

Lake is well known in much of the state after anchoring the evening news in Phoenix for more than two decades.

She ran as a fierce critic of the mainstream media, which she said is unfair to Republicans. She earned Trump’s admiration for her staunch commitment to questioning the results of the 2020 election, a stand she never wavered from even after winning the GOP primary. 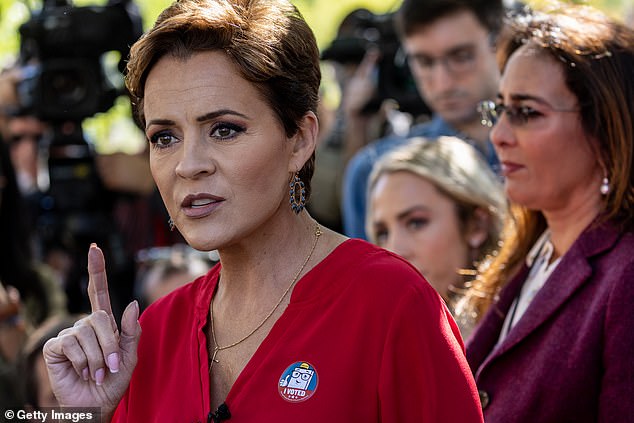 Lake had vowed to ban the state’s mail-in voting, which conspiracy theorists falsely claim is vulnerable to fraud

She baselessly accused election officials of slow-rolling the vote count this year and prioritizing Democratic ballots as she narrowly trailed Hobbs for days following the election.

Maricopa County Sheriff Paul Penzone said he increased security around the elections center Monday in anticipation that the race would be called and emotions could run hot, though he said there was no specific threat.

Demonstrators have gathered outside the building for several days but have remained peaceful, he said.

‘I think we’re getting close to the end game so I want to be sure that we’re prepared,’ Penzone told reporters in a news conference hours before the race was called. 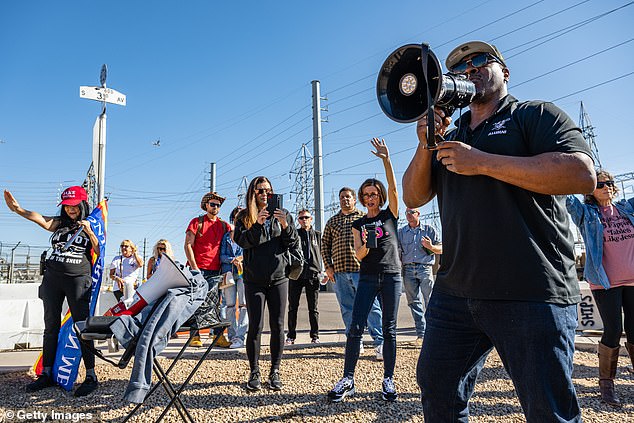 Jerone Davison, a former congressional candidate for Congress, preaches to right wing activists gathered on a sidewalk in protest of the election process in front of the Maricopa County Tabulation and Election Center in Phoenix, Arizona as ballots were counted