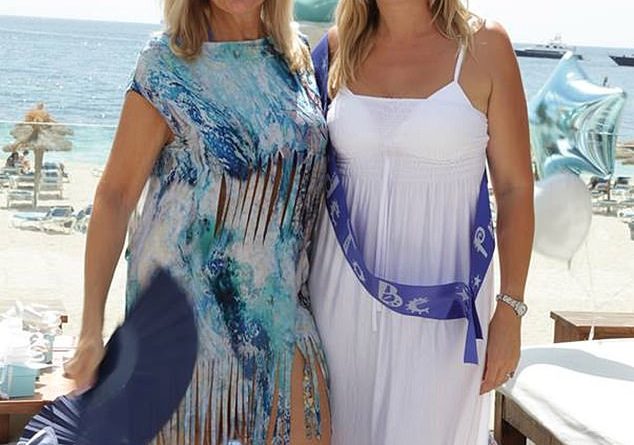 Eight Britons have been charged over a Spanish holiday food poisoning scam in which tourists were persuaded to lie they had been ill to claim compensation, a court has said.

The two alleged criminal ringleaders, Laura Holmes Cameron and her brother Marc Cameron Grimstead, were accused of targeting all-inclusive hotels in Majorca with the bogus claims.

Detectives say three hotel groups may have lost as much as a staggering £9.5million as a result of the scam.

Holmes Cameron, the Essex-born owner of a notorious Magaluf bar, now faces trial along with her sibling and six of their alleged accomplices who were hired to convince tourists to make the claims. 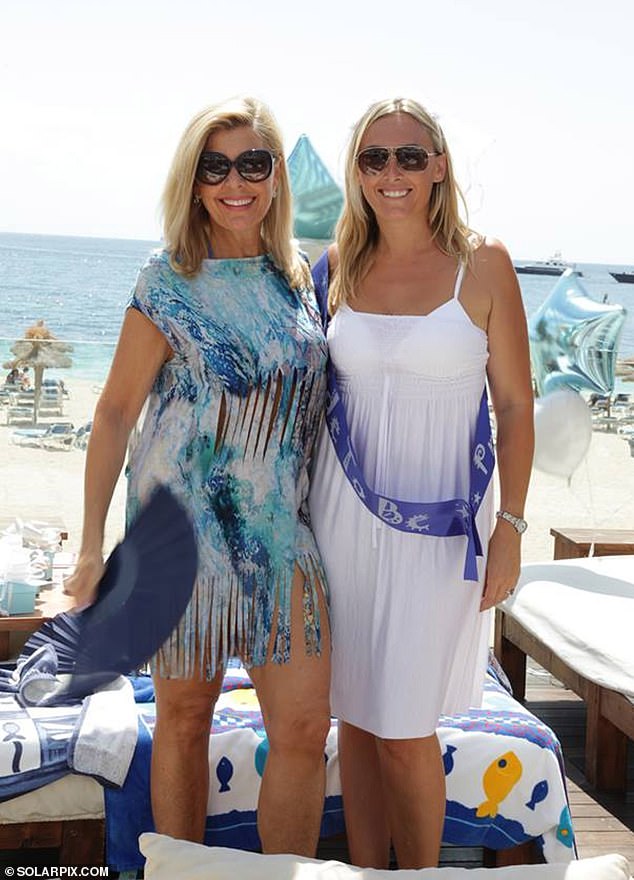 In a hard-hitting six-page ruling issued by an investigating court in Majorca, the suspects are accused of forming a ‘profit-motivated organised gang’ through a Spanish company the pair set up called Elite Project Marketing SL.

It adds: ‘The gang specialised in obtaining the details of British tourists in all-inclusive hotels in Majorca it convinced, through a form they themselves elaborated, to falsely claim they had been ill during their stay in one of those hotels and be able to claim compensation in the UK.’

It adds: ‘The amount of compensation obtained in the UK with the consequent damage it caused tour operators and hotels significantly exceeded £175,000.’

Reports at the time of Laura’s arrest in September 2017 described hoteliers’ losses as a result of the scam as ‘multi-million.’

Detectives are said to have estimated at around £9.5 million the losses of the three hotel groups whose fraud claims sparked the Civil Guard-led operation.

Investigating judge Maria Perez Ruiz admitted in her key court ruling made public today that the final figure defrauded has yet to be determined, as she invited prosecutors involved in the case to submit indictments.

The eight suspects have been accused of fraud and membership of a criminal gang, with the crimes they are alleged to have committed occurring in 2016 and 2017. 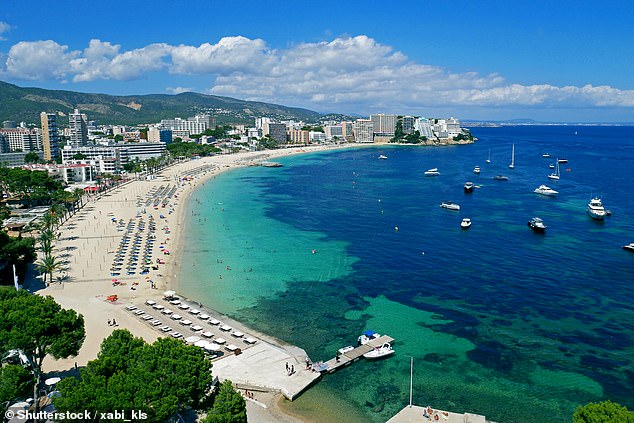 Bridge, previously referred to as the sole director of UK holiday claims, has been described as ‘one of the people tasked in England with processing the false claims.’

The other five Brits have been described as people paid on commission ‘hired by the two siblings to go to different hotels and get tourists’ personal details including details that would enable the consumption of meals in hotels to be linked to supposed food poisoning.’

Four other Britons were identified in the investigation but they have been provisionally archived because their whereabouts is unknown and they have not been formally questioned.

The investigating judge made her key court ruling after rejecting an attempt by lawyers acting for Holmes Cameron and Bridge to shelve the case against them, stating ‘several indications of criminality existed.’

She said in her ruling that only 38 of the 800 holidaymakers staying at Club Mac Alcudia who submitted compensation claims had asked for medical assistance.

A state prosecutor and private prosecutors acting for the hotels affected will now be invited to submit indictments failing a last appeal by the suspects. A trial date would then be set. 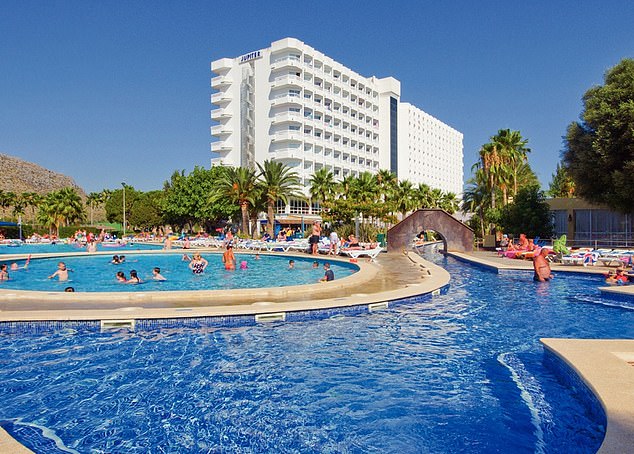 Holmes Cameron’s lawyer Gabriel Llado said after his client appeared in court in May 2018 in a closed hearing that she had admitted to passing on the names and phone numbers of holidaymakers for payment but insisted it was part of a pure market research exercise.

He insisted neither Holmes Cameron or any of the so-called ‘claims farmers’ she used to gather data of tourists she passed on to others in the UK, encouraged them to get chemist’s receipts so they could make fake food poisoning claims as police and hoteliers’ representatives have claimed.

And he claimed his client had spent just a few months doing it and stopped because she was earning very little.

Holmes Cameron’s mother Deborah Cameron was previously held in the probe but no further action was taken.

The wealthy mother was also held at the luxury villa in upmarket Bendinat the pair then shared near the glamorous Majorcan port of Puerto Portals which police raided, but was freed before she went to court.

After Holmes Cameron was arrested, it emerged her Magaluf bar Playhouse had been identified as the venue where a British tourist was filmed performing sex acts on 24 men for a cheap drink in the summer of 2014.

The fallout from the infamous video sparked a crackdown on bar crawls in the party resort after regional governors described the ‘outrageous’ sex scenes as giving the area and women ‘a terrible image’ and promised to ‘stop it whichever way’ they could.

Holmes Cameron, who was not at her bar when the incident occurred, shut Playhouse down soon after.

The British government announced new measures to clamp down on fake holiday sickness claims as a result of scandals like the Majorca fake food poisoning scam.

Some reports at the time even claimed Brits were facing a holiday ban in some all-inclusive Costa hotels.

Many fraudsters were caught out after private detectives hired by hotels trawled their social media and discovered they had been posting photos of themselves eating and drinking when they later claimed to insurers they had been in bed with diarrhoea.

One family who claimed their holiday was ruined by food poisoning were jailed in February 2021 after Facebook photos revealed them enjoying the waterslide and bar throughout the trip.