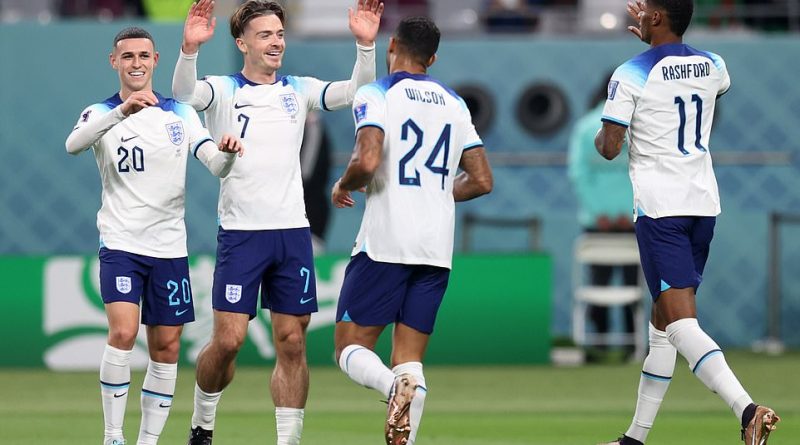 England 6-2 Iran LIVE: Grealish adds a sixth for the rampant Three Lions as they open their World Cup with a big win… but underdogs Iran score TWO and Maguire comes off to sour Southgate’s day

By Dan Ripley for MailOnline

England got their World Cup off to a sensational start following a 6-2 victory over Iran at the Khalifa International Stadium in Qatar.

Arsenal star Bukayo Saka netted twice, while Jude Bellingham, Raheem Sterling, Marcus Rashford and Jack Grealish also struck in a superb performance for the Three Lions who were full value for their victory to get their group stage off to the perfect opening.

Three points never looked in doubt for England but they do carry an injury concern after the game with Harry Maguire having to depart in the second half following a concussion check. 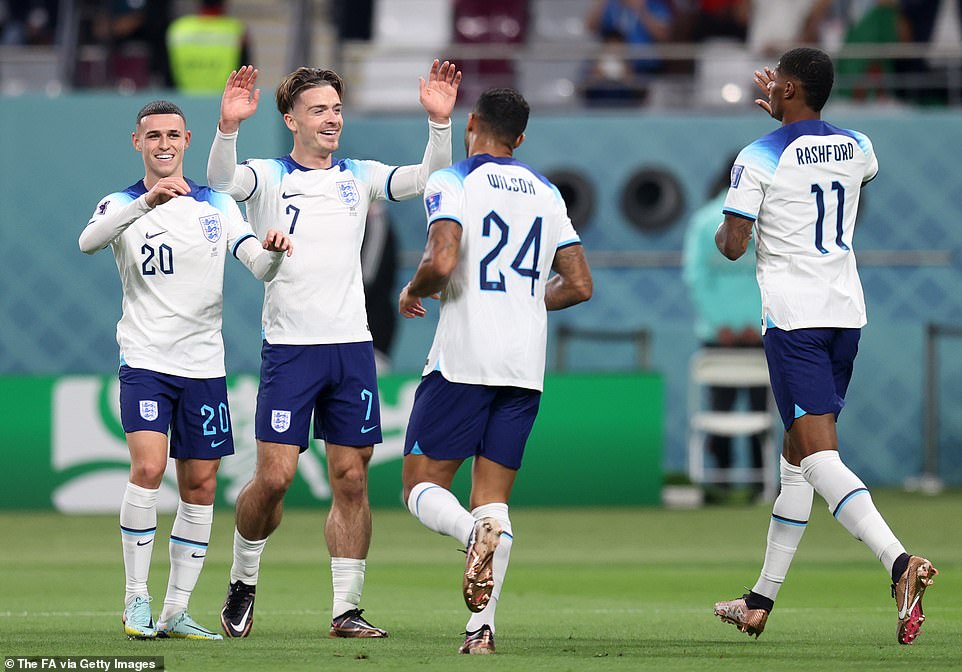 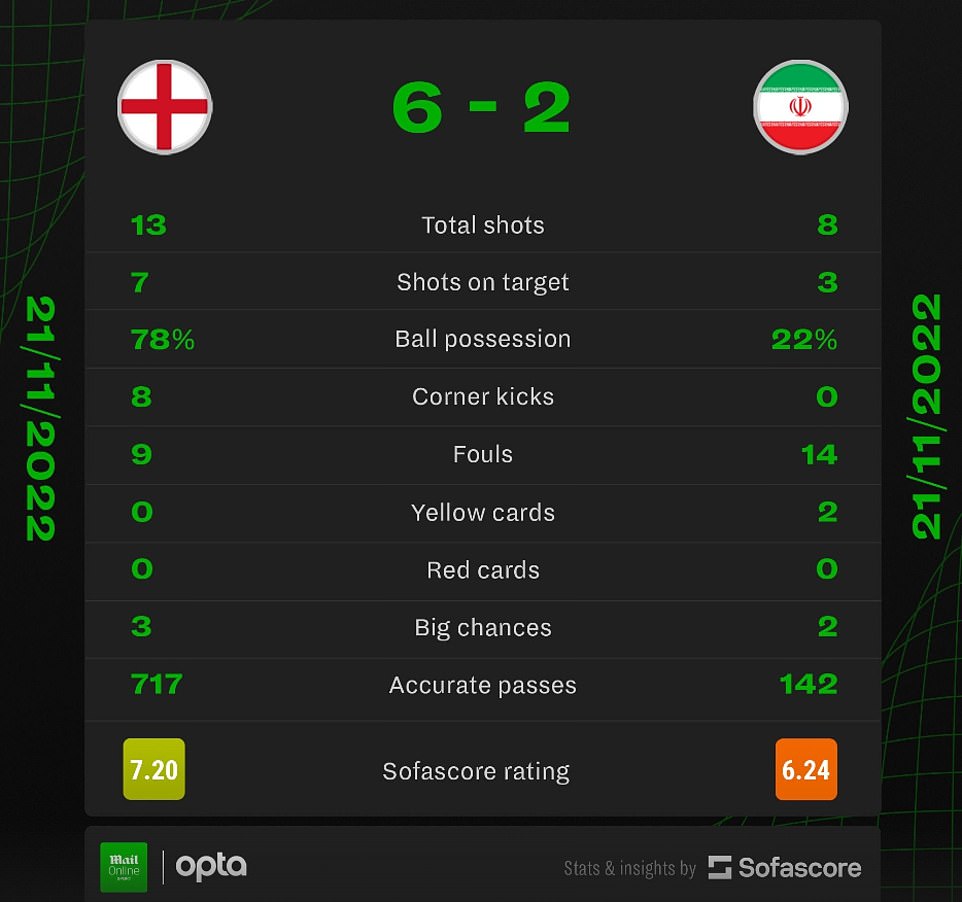 Follow Sportsmail’s live blog for England’s opening World Cup clash as they take on Iran in Group B.