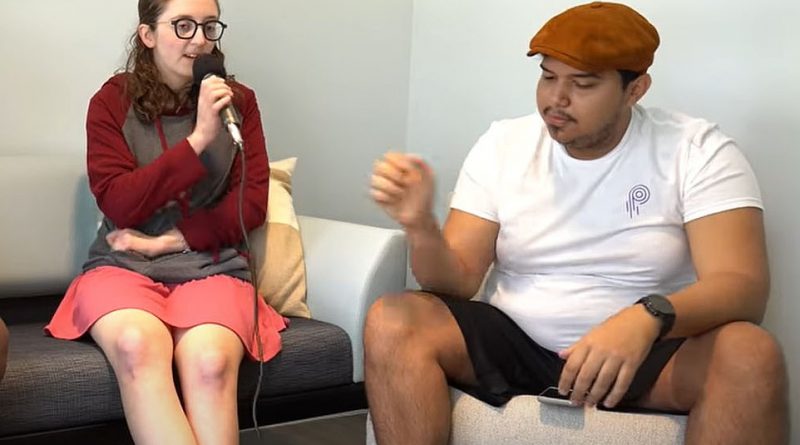 Mathematics graduate Caroline Ellison was the CEO of Alameda, which was backed by the collapsed cryptocurrency exchange FTX – being installed as the top boss after less than a year with the company, and just 18 months experience before that as a trader.

Alameda was allegedly transferred $10billion of FTX customer money in secret by founder and CEO Bankman-Fried. The Manhattan US attorney’s office is believed to be examining those reports.

Ellison gloated that she didn’t even need her mathematics degree to head up Bankman-Fried’s start-up.

The 28-year-old said she was ‘kind of thrown into’ making decisions at Alameda, which is known for its aggressive strategies in the crypto market and experienced heavy losses earlier this year.

She had only 18 months of trading experience when she moved to the company – and she was there less than a year before being moved into the top job. 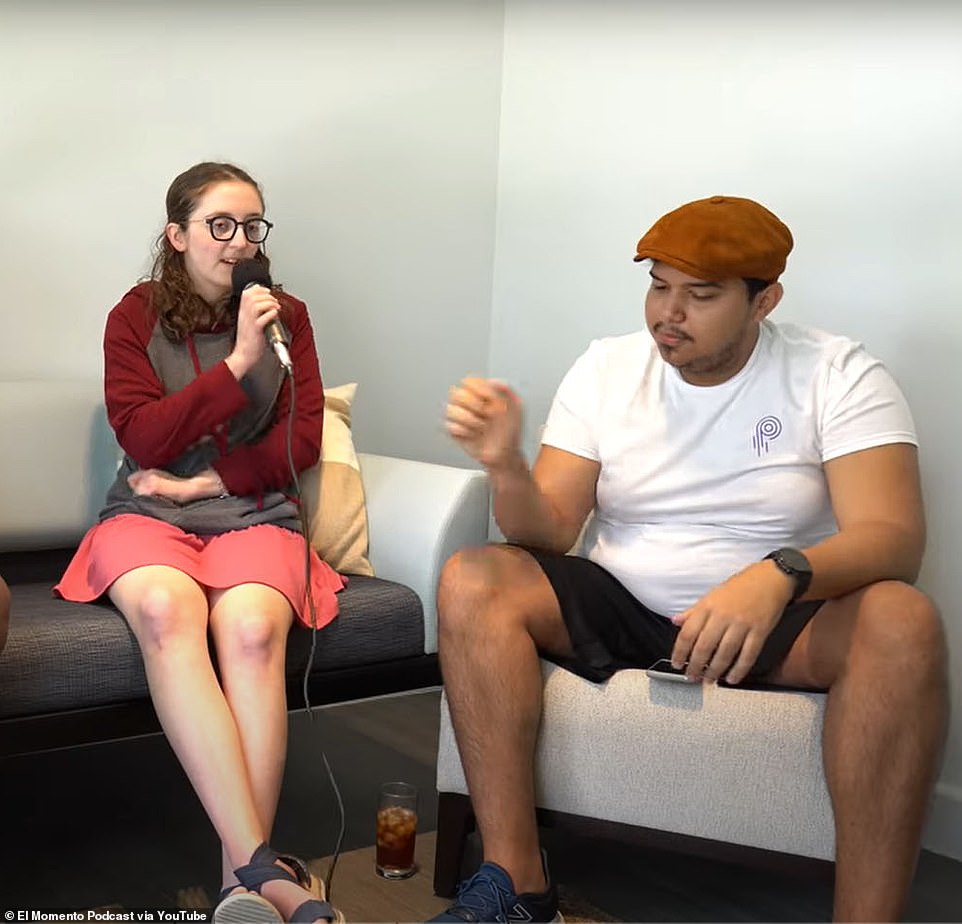 Ellison, left, told the El Momento podcast that she could ‘absolutely’ do her trading job for Alameda without her Stanford University math degree 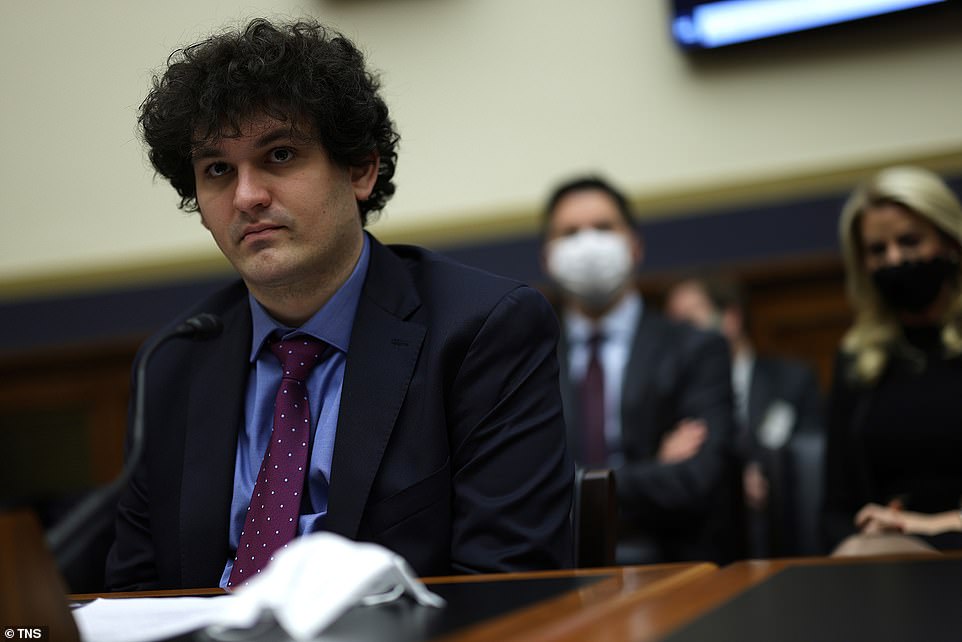 Founder and CEO of FTX, Sam Bankman-Fried, reportedly took out $10billion of customer funds from FTX to give to Alameda, with a large portion disappearing 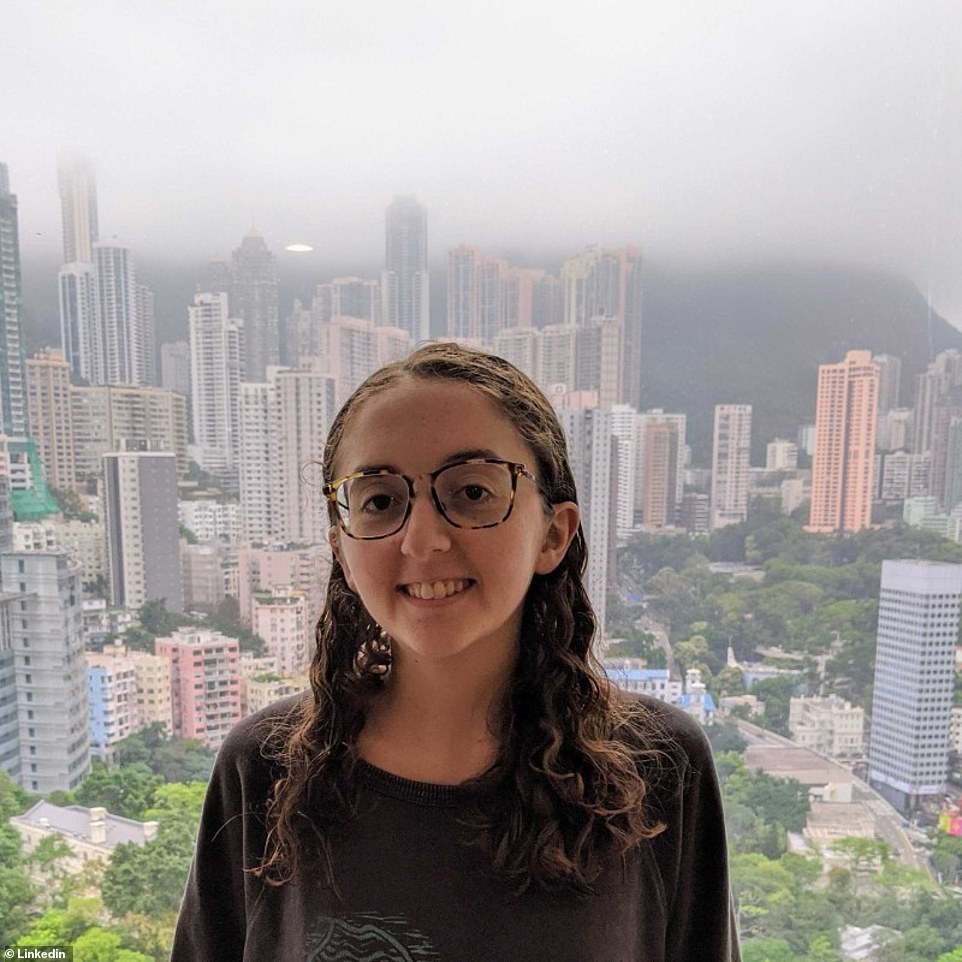 Harry Potter ‘obsessed’ Ellison started her trading career at Jane Street, a New York based firm, in 2018 before moving to Alameda Research in 2020 after meeting Bankman-Fried

She said: ‘We tend not to have things like stop losses. I think those aren’t necessarily great risk management tools.’

Ellison and Bankman-Fried are understood to have dated, but have since split.

According to CoinDesk she was among the nine friends who lived with the former tycoon in a luxury penthouse in the Bahamas.

He said he slept mostly on couches and beanbags at the five-bed mansion, which he is now trying to sell for $40million.

It seems he and Ellison weren’t the only pair getting cozy on the beanbags, with reports that the group were all dating each other. They also shared a therapist.

The entire operation has been described as being ‘run by a gang of kids in the Bahamas’.

Ellison is ‘obsessed’ with Harry Potter and started her trading career at Jane Street, a New York firm, in 2018. She moved to Alameda Research in 2020 after meeting Bankman-Fried. 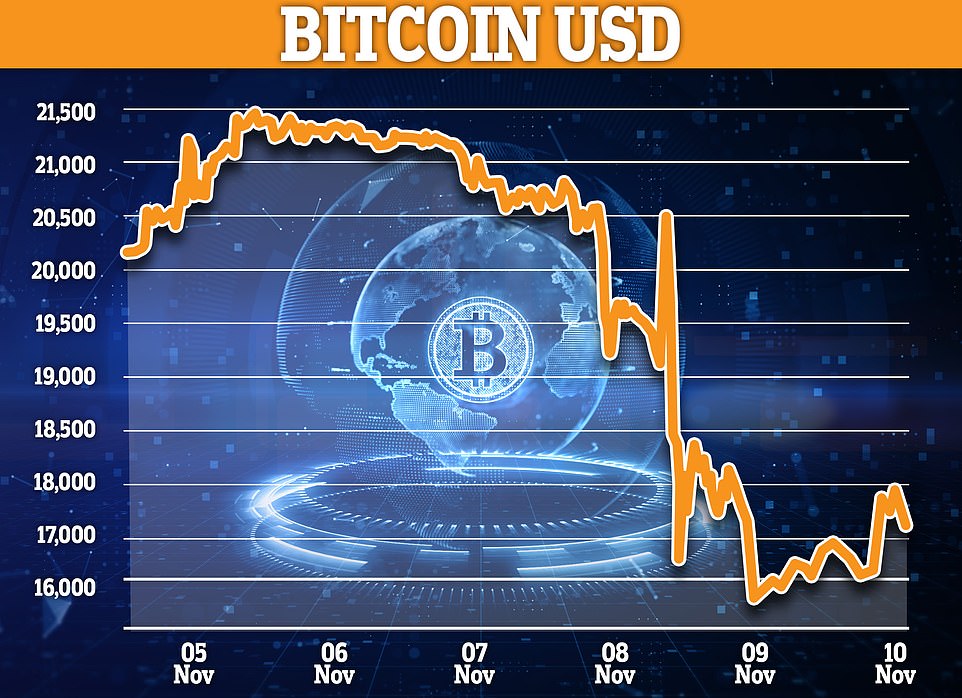 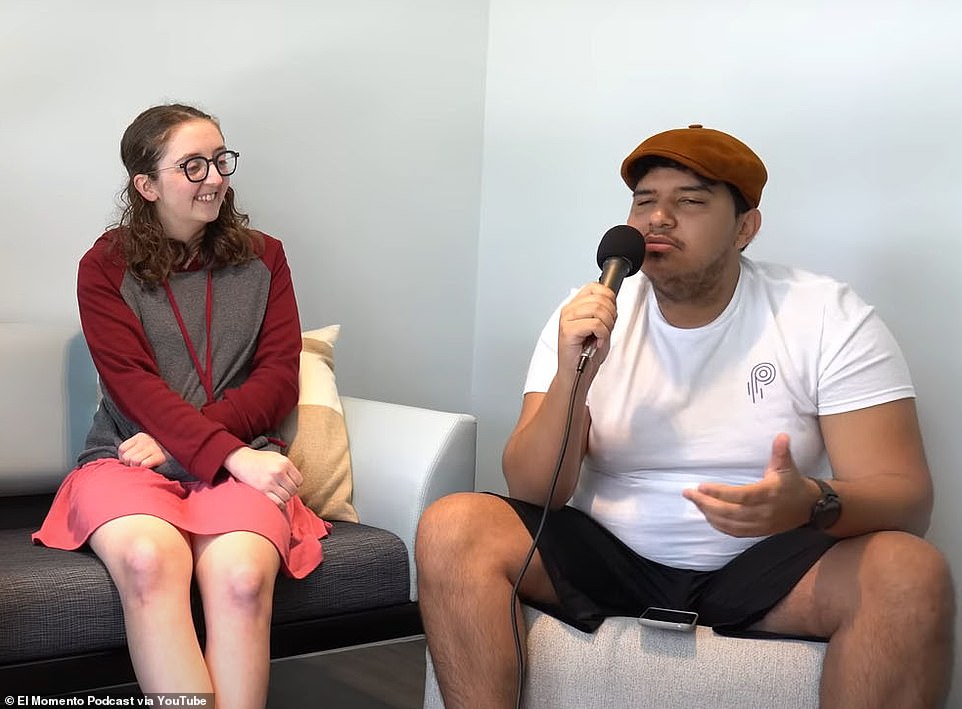 The whiz kid was just a trader at Alameda at the time the podcast was recorded, becoming CEO in July 2021 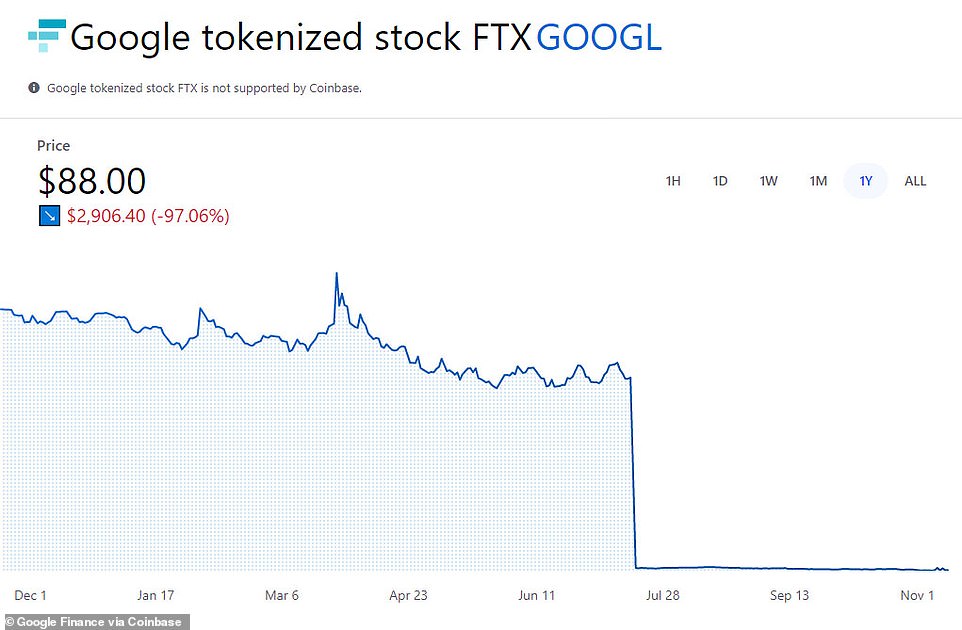 Bahamas-based FTX filed for bankruptcy on Friday, one of the highest profile crypto blowups, after traders rushed to withdraw $6 billion from the platform in just 72 hours and rival exchange Binance abandoned a proposed rescue deal

The crypto CEO whose troubled FTX sparked market panic: Hoodie-wearing vegan once worth ‘$25BILLION’ who sleeps four hours a night 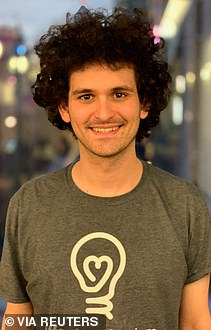 Sam Bankman-Fried, a vegan who sleeps four hours a night, had become a public face of crypto money, with a personal fortune estimated at nearly $25 billion, which according to Forbes magazine has since shrunk to $16.6 billion.

Almost always appearing with a hoodie and a dark T-shirt, Bankman-Fried has pledged to donate almost all of his fortune to his favored causes, like animal welfare and the fight against global warming.

The son of Stanford Law School professors and a graduate of the elite Massachusetts Institute of Technology (MIT), he worked as a broker on Wall Street before turning to cryptocurrencies in 2017.

Bankman-Fried moved the company to the Bahamas, where taxes are almost nonexistent, saying the Caribbean nation is ‘one of the few countries that has a comprehensive licensing regime for cryptocurrencies and cryptocurrency exchanges.’

He has been a vocal advocate for smoother access to the crypto market for the general public, particularly in the United States.

She is the daughter of two economists and graduated from Stanford University in 2016 with a degree in mathematics.

She said that working for the company was ‘too cool’ of an opportunity to pass up, and that it was ‘wild’ that she had been there since the beginning.

When asked on a podcast if she could ‘pull off’ her job without her degree in mathematics, she said: ‘I absolutely could pull it off without my math degree. I used very little math.

‘I use a lot of elementary school math arithmetic probability but not really any of the advanced stuff I learned in college.’

The whiz kid was just a trader at Alameda at the time the podcast was recorded, becoming CEO in July 2021.

She admitted that she didn’t set out to become a trader, adding: ‘What do math majors do? I guess I’ll apply to some internships with some trading firms, see how that is.’

Her 18 months of trading equities at Jane Street was more than many of her Alameda colleagues, but she said that there were a lot of ‘adjustments’ between the two jobs.

Ellison was required to keep capital on 20 different exchanges, in different wallets, and was concerned about the ‘probability that my money was going to get stolen’.

She added that she realized a ‘bunch of decisions’ have to be made and while ‘someone has to make all of them’ the majority are ‘really uncertain’.

It is unknown how Ellison’s net worth has been affected by the collapse of FTX, but prior to the fallout she was estimated to be worth around $15million.

One-time crypto golden boy Bankman-Fried begged investors on Wednesday for $4 billion to rescue FTX as he admitted: ‘I f***** up’.

The embattled tech mogul’s $16 billion fortune has been eviscerated by the crisis.

FTX filed for bankruptcy on Friday, one of the highest-profile crypto blowups, after traders rushed to withdraw $6 billion from the platform in just 72 hours and rival exchange Binance abandoned a proposed rescue deal.

It was engulfed in more chaos on Saturday after saying it had detected unauthorized access. Analysts said hundreds of millions of dollars of assets had been moved from the platform in ‘suspicious circumstances’.

Crypto trading firms are scrambling to prevent mass withdrawals after it emerged the collapse of Bankman-Fried’s FTX platform is under investigation by attorneys in Manhattan. 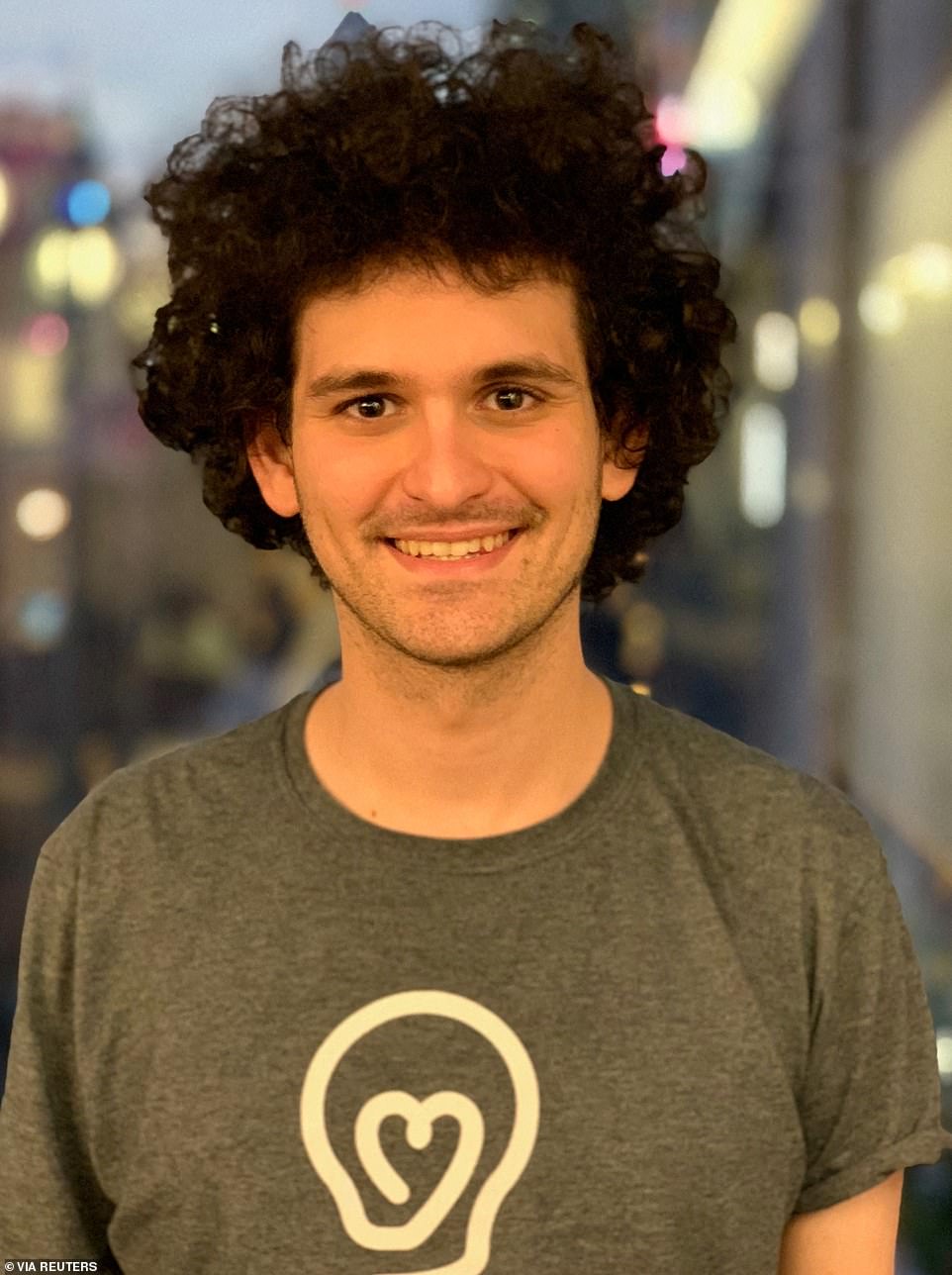 Bankman-Fried, 30, was worth an estimate $16bn before the crisis but his fortune is down 94%

He also tweeted ‘I f***** up’ and ‘should have done better’ amid the ongoing crisis at FTX.com 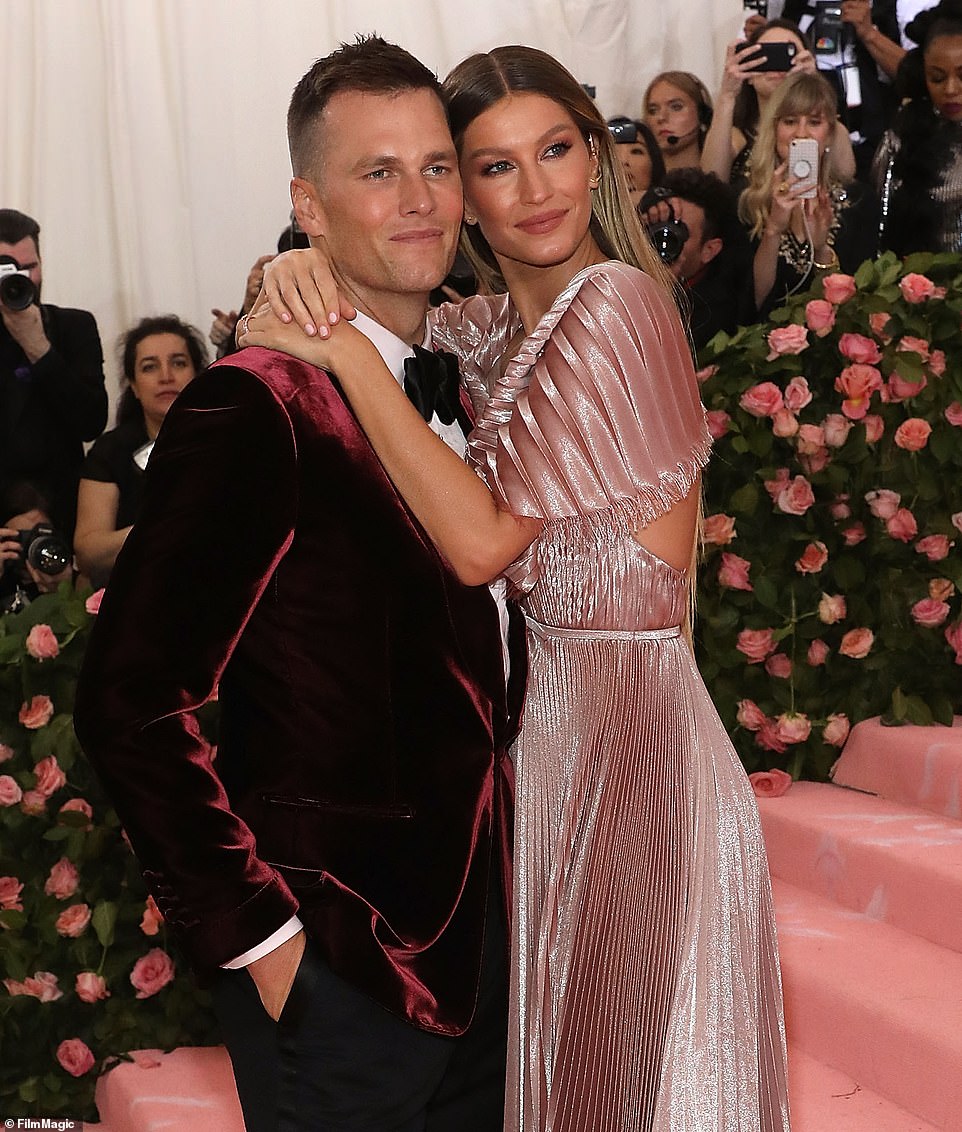 Tom Brady and now ex-wife Gisele Bundchen struck an equity deal with FTX last year but could lose their investment. The market value of the exchange crashed by 70 percent this week

The Manhattan US attorney’s office is looking at whether FTX misused client funds by lending billions of dollars to Alameda Research.

A probe puts the FTX founder, whose fortune has been decimated by the crisis, under threat of charges including wire fraud.

Bitcoin and other cryptocurrencies remained under pressure on Monday, prompting rival exchanges to reassure jittery investors.

The world’s top exchanges experienced outflows of a combined $6.2 billion worth of Bitcoin and Ethereum in the week from November 6 to November 13, according to one analysis.

CryptoQuant found $3.7 billion worth of Bitcoin and $2.5 billion of Ether were moved out of exchanges.

FTX, which has filed for bankruptcy, was divided into a US division for American traders and another Bahamas-based entity.

The company likely hoped this split would shield it from the scrutiny of US authorities, but attorneys say the government could find ways to charge Bankman-Fried.

Comments made by Bankman-Fried on Twitter last week, including the now-deleted claim that the company was ‘fine’, could also be probed.

His transfer from FTX to Alameda could also be investigated by a federal probe.

One of the key issues is whether US authorities can claim jurisdiction over FTX, which is based in the Bahamas.

But if investigators can show funds, or communications such as emails, passed through the US, then it could make FTX fair game.

Here is a history of FTX since its foundation in 2019:

October – FTX raised capital at a valuation of $25 billion from investors including Singapore’s Temasek and Tiger Global.

Jan. 27 – FTX’s U.S. arm said it was valued at $8 billion after raising $400 million in its first funding round from investors including SoftBank and Temasek.

Jan. 31 – FTX raised $400 million from investors including SoftBank at a valuation of $32 billion.

July 1 – FTX signed a deal with an option to buy embattled crypto lender BlockFi for up to $240 million.

July 29 – FTX said it won full approval to operate its exchange and clearing house in Dubai.

Aug. 19 – A U.S. bank regulator ordered crypto exchange FTX to halt ‘false and misleading’ claims it had made about whether funds at the company are insured by the government.

Nov. 6 – Binance CEO Changpeng Zhao said his firm would liquidate its holdings of FTT due to unspecified ‘recent revelations’.

Nov. 8 – FTT collapses by 72% as clients swamp the exchange with withdrawal requests. Binance offers a potential bailout in a non-binding deal.

Nov. 9 – Binance backs out of the rescue plan, saying: ‘As a result of corporate due diligence, as well as the latest news reports regarding mishandled customer funds and alleged US agency investigations, we have decided that we will not pursue the potential acquisition of FTX.com.’