From Michael Gove’s mobile playing Beyonce in a cabinet meeting to Tim Farron and NWA’s ‘F*** The Police’: When politicians have been caught out by phones and their ring tones

Therese Coffey had an interesting start to her first day as Deputy Prime Minister and Health Secretary when her phone started playing Dr Dre during a live interview on LBC, but she isn’t the first politician to be embarrassed by an unlucky ringtone.

The new Health Secretary managed to recover from the embarrassing incident to carry on with the interview, despite the unusual interruption.

Ringtones have a long history of catching out politicians and giving a surprising insight into their personal tastes. 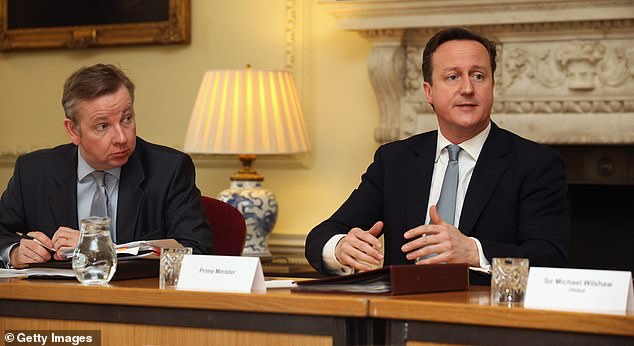 Michael Gove was left red-faced while Chief Whip under David Cameron in 2015 when his high-tech smart watch went off during a Cabinet meeting – blasting out one of Beyoncé’s beloved hits.

The Tory MP was left squirming as he tried to silence the increasingly loud song while his Cabinet colleagues looked on in stony silence.

The Surrey Heath politician was bought the Pebble smart watch as a Christmas present, but faced an awkward moment when music started blasting out at the coalition table.

To make matters worse it was just as the Chancellor of the Exchequer was ‘explaining a particularly complex piece of fiscal policy’ leading to a ‘stern reprimand’ from then-Prime Minister David Cameron. 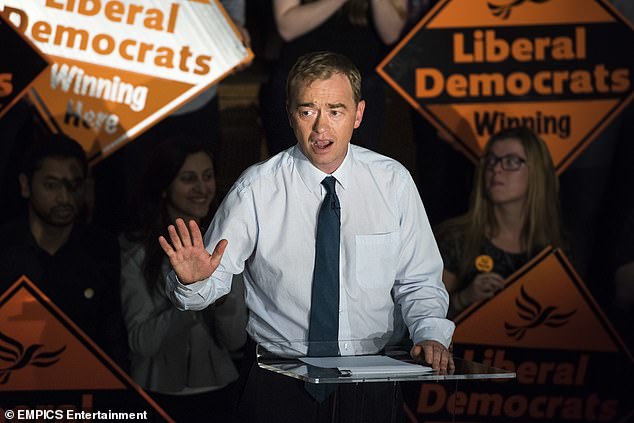 Former Liberal Democrats leader Tim Farron had a similar experience with a far more explicit song when F*** The Police by NWA started blasting out on his phone during a meeting.

Farron was meeting with his local NHS Trust in Cumbria in 2016 when the controversial classic, which encourages violence against police, interrupted him.

Then-Lib Dem leader Farron said his children had been playing with his phone and set the rap song as his ring tone.

He also claimed he had the song downloaded on his phone because he had been asked to review NWA’s Straight Outta Compton Album for a website.

Farron later told the Lib Dem conference: ‘It is deservedly considered a classic, but it is a bit sweary.

‘While I certainly admire Dr Dre, Eazy-E and Ice Cube, their approach to law and order is a little different to ours.’

Therese Coffey will no doubt sympathise with BBC broadcaster Nick Robinson, who was left struggling to contain his laughter when his iPad played Queen’s 1978 hit Fat Bottomed Girls live on TV in 2014.

While working as the BBC’s political editor, Robinson was appearing on Andrew Neil’s Daily Politics show when he interrupted a particularly important point during a heated clash between MPs Caroline Flint and Shailesh Vara.

Robinson and Neil both scrambled for their devices when Queen’s classic rock started playing, with Robinson stopping the music just in time.

He said: ‘I’m going to turn it off before the really embarrassing lyrics start.’

Labour MP Caroline Flint joked ‘This is a conspiracy!’ before finally being able to get her point across on the show.

Perhaps the worst ringtone in British political history was made by a UKIP parliamentary candidate ahead of the 2015 election.

Candidate Mandy Boylett recorded the song herself with a minimalist backing track and her own eerie vocals.

The result is truly awful, but undoubtedly an earworm and so arguably a success, although it failed to win UKIP any seats in the election.

Listen at your own peril.