By Adam Solomons For Mailonline

A gunman shot at a bus full of Jewish worshippers on their way home from Jerusalem’s Western Wall at the end of Sabbath this morning, wounding eight and critically injuring two.

The suspect fled the scene but has since turned himself in, Israeli police confirmed.

He told journalists outside the bullet-riddled bus: ‘I stopped at the station of the Tomb of David. At this moment, the shooting started. 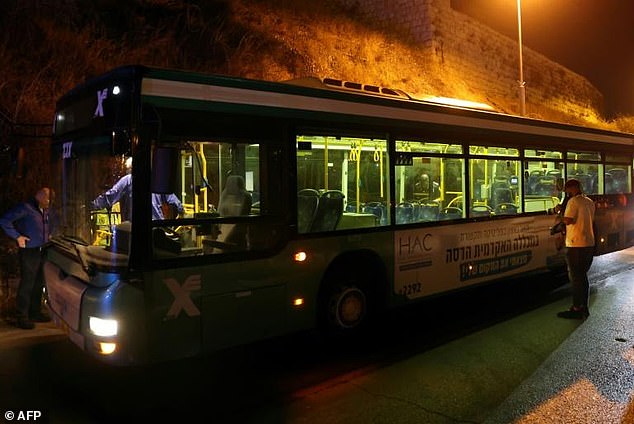 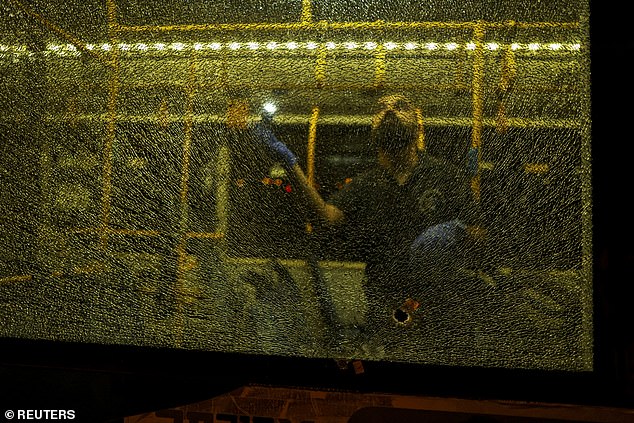 ‘Two people outside I see falling, two inside were bleeding. Everybody panicked.’

Israeli police in the capital’s Old City said the shooter, from East Jerusalem, handed himself over to cops.

Terror group Hamas praised the attack as ‘a natural response to the occupation’ of Gaza by Israel, but did not claim responsibility for the violence.

‘Jerusalem is our capital city and a tourist center for all religions,’ Prime Minister Yair Lapid said in a statement, adding that Israeli security forces would ‘restore calm.’

‘There is one conclusion from this event, as from previous events: whoever harms the citizens of Israel will have nowhere to run.

‘We will hunt them down and get them everywhere and we will deal with them with the full severity of the law.’ 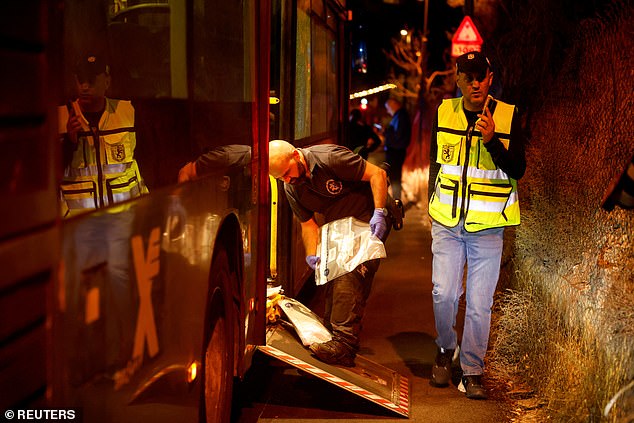 Investigators collect evidence at the bus shortly after the shooting, which saw eight wounded 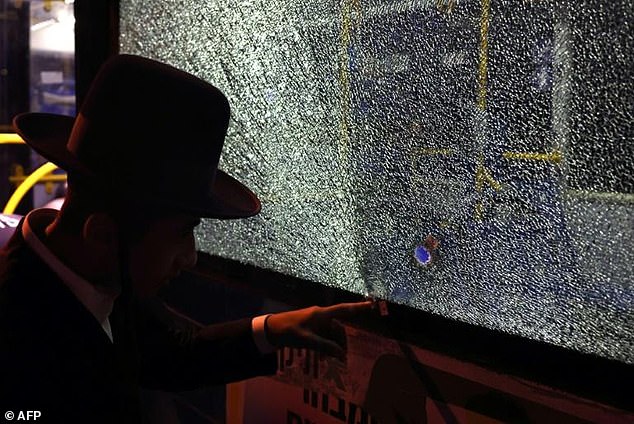 MDA spokesperson Zaki Heller said six men and one woman were injured in the attack, with all eight ‘fully conscious’.

Paramedics said they provided lifesaving treatment to people with gunshot wounds, including both on the bus and in the King David’s Tomb parking area.

All victims were taken to nearby hospitals.

‘We were on scene very quickly,’ senior EMT Nehemia Katz and paramedic David Trachtenberg said in a statement.

‘On Ma’ale Hashalom St. we saw a passenger bus standing in the middle of the road, bystanders called us to treat two males around 30 years old who were on the bus with gunshot wounds.’ 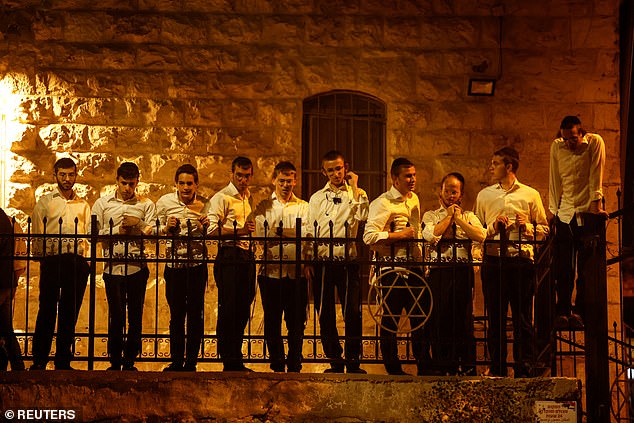 Ultra Orthodox Jews look on at the street in East Jerusalem’s Old City, where the bus was hit 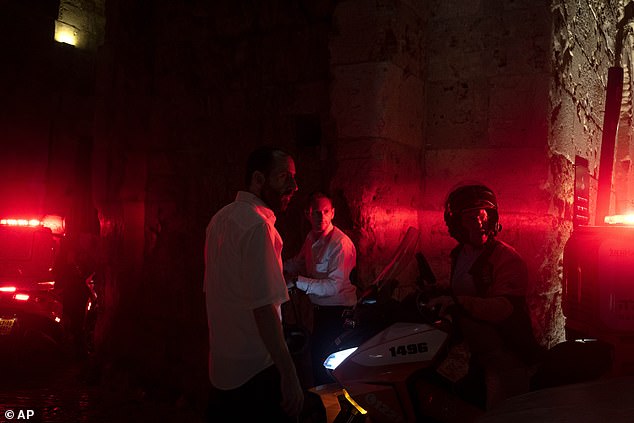 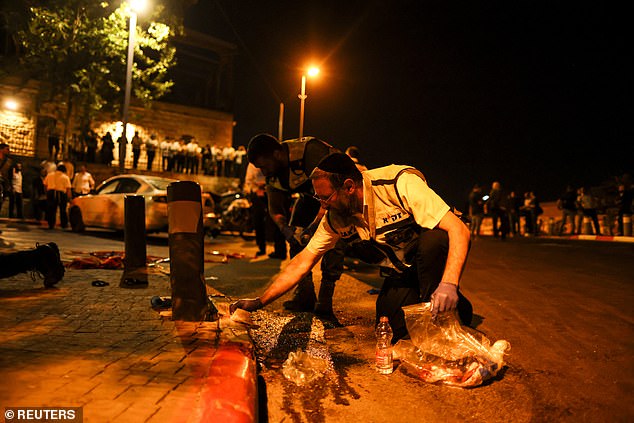 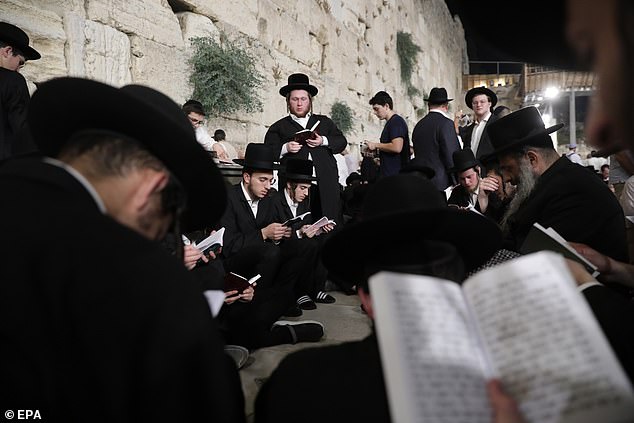 It comes a week after a three-day conflict between Israel and Islamic Jihad militants in Gaza saw at least 49 Palestinians killed, including a five-year-old girl.

Israeli jets pounded the narrow coastal strip in what the military said was a pre-emptive attack aimed at preventing an imminent threat to Israel.

Since March, 19 people – mostly Israeli civilians inside Israel – have been killed in attacks, mostly by Palestinians. Three Israeli Arab attackers were also killed.

In the aftermath, Israeli authorities increased raids in the occupied West Bank, killing more than 50 militants and civilians.