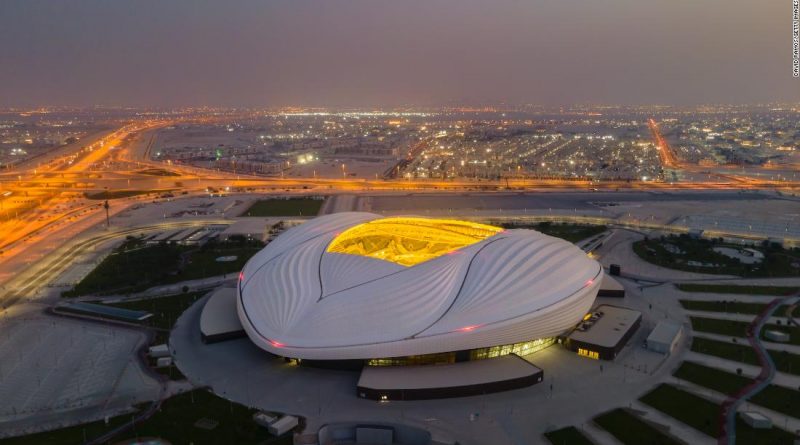 (CNN) — The beginning of the 2022 World Cup in Qatar will also kick off another intense international sport: Pronouncing “Qatar.”

To Arabic speakers and speakers of similar languages, the name of this year’s World Cup host is a no-brainer. However, to English speakers, it is literally one tricky letter after another. That’s because even the word Qatar is a Romanized version of the original Arabic قطر , which means each letter isn’t exactly as it seems. Let’s try our best to figure it out.

American English speakers will typically say “kuh-TAR,” with the stress on the second syllable, which sounds like the word “tar.”

British English speakers add an “a” sound more equivalent to “cat,” and give more equal weight to the two syllables.

However, the English pronunciations are only approximations of the Arabic pronunciation, which uses a fuller sound for the “q,” a blunter “t” and a roll on the final “r.”

“The Arabic word for ‘Qatar’ actually only has three letters: qāf, ṭā and rā,” she explains. These are Romanized to q,t and r respectively. And, unfortunately, none of them have a close English equivalent.

Where are the vowels? “There are no long vowels in the Arabic word for Qatar,” Abdulhamid says. “Instead of letters, our short vowels are represented by accents.” In an Arabic pronunciation of Qatar, the a’s are formed farther back in the throat, kind of how an American would pronounce “alone.”

Where’s the stress? Though, of course, the Arabic language employs stressed and unstressed consonants, Abdulhamid says this particular word is equally stressed. “It may sound like there is stress on the first syllable,” she says, “but that’s because ‘qāf’ is a strong starting sound.”

What does it sound like all together? In the International Phonetic Alphabet, which assigns a character to different universal sounds, the Arabic “Qatar” is pronouncedˈɡɪtˤɑr.

In the “Forgive me, I only have a keyboard with letters of the Roman alphabet and no idea what IPA is” translation, the pronunciation would be something like: ghu-terh.

It’s important to learn about one of the most commonly spoken languages in the world, but whipping out a perfectly pronounced “Qatar” may feel a little out of place at times. In the same way English speakers tend to approximate other non-English words like “croissant,” there’s a happy medium that shows you’ve at least put some thought in it.

“If you can get the ra sound, that is a good start,” Abdulhamid says. “And be mindful that the beginning letter isn’t a hard ‘k’ sound.”

Also, don’t be too discouraged. All second language speakers have sounds that are tough to master. Abdulhamid says Arabic speakers who learn English get tripped up on “p” sounds, which often come out like a “b.”

“Second generation Arabic speakers love to tease their parents about that one,” Abdulhamid says.

Now, once you’ve mastered an informed pronunciation of Qatar, you can move on to the next-most important World Cup event: Trying to figure out why Americans call it “soccer.”