By Archie Mitchell For The Daily Mail

John Lewis warned staff there may be no annual bonus this year after it crashed to a near-£100million loss.

As analysts said it would need a ‘Christmas miracle’ for the payout to go ahead, the retailer said yesterday it was suffering from ‘unprecedented’ cost increases and lower consumer spending.

Chairman Dame Sharon White said: ‘No one could have predicted the scale of the cost of living crisis that has materialised, with energy prices and inflation rising ahead of anyone’s expectations.’ 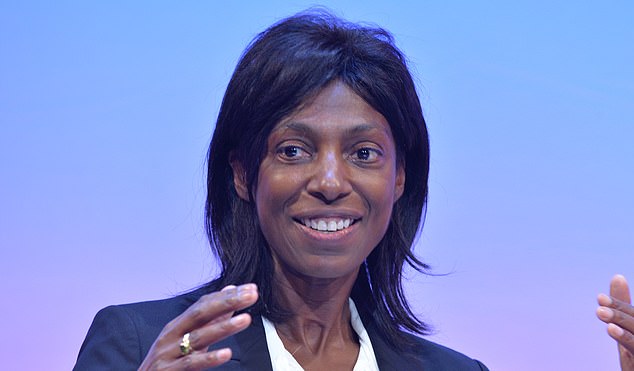 Cautious: John Lewis boss Dame Sharon White (pictured) warned the outlook for the remainder of the year, including the crucial Christmas period, was ‘highly uncertain’

The High Street stalwart – which owns the John Lewis department stores and Waitrose supermarkets – said the number of shoppers visiting its stores rose in the first half of the year.

But, it warned, they were spending less. At Waitrose, basket sizes shrunk by a fifth as shoppers flocked to its Anyday value range.

White said: ‘As a business, we have faced unprecedented cost inflation across grocery and general merchandise. We are forgoing profit by making choices based on the sort of business we are, led by our purpose.’

John Lewis gave a one-off £500 payment to its 76,000 full-time partners and is offering free food during shifts this winter.

The retailer also held back some of the soaring costs of food and materials rather than passing them on to customers.

White added that John Lewis will need ‘a substantial strengthening of performance’ to be in a position to award a bonus this year.

She warned the outlook for the remainder of the year, including the crucial Christmas period, is ‘highly uncertain’ as the cost of living mounts.

She held out hope for the bonus, stressing it is ‘not unusual’ for John Lewis to make losses in the first half as business is heavily dependent on Christmas.

Zoe Miller, senior analyst at analytics and consulting company GlobalData, said: ‘Profits could worsen as the retailer highlighted how integral Christmas will be for its performance this year.

‘And as the energy cap rises next month, more consumers are expected to tighten their belts.’ Retail analyst Nick Bubb said if the bonus is scrapped again, the one-off cost of living award and free meals over Christmas will have ‘softened the blow’ already.

He said: ‘It is hard to call the outlook, pending more clarity in the upcoming mini-budget on the Government’s plans to support the consumer and businesses, but it will need a Christmas miracle for the John Lewis Partnership to pay a bonus this year.’

The group scrapped its bonus scheme during the pandemic for the first time since 1953 as shops were closed and the chain lost millions.

Last year it restored the award at 3 per cent of salaries based on the group’s strong performance, although this was a long way from 2013 highs of 17 per cent.