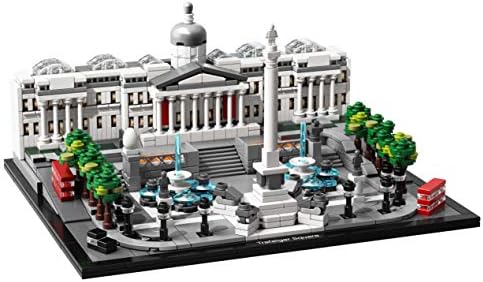 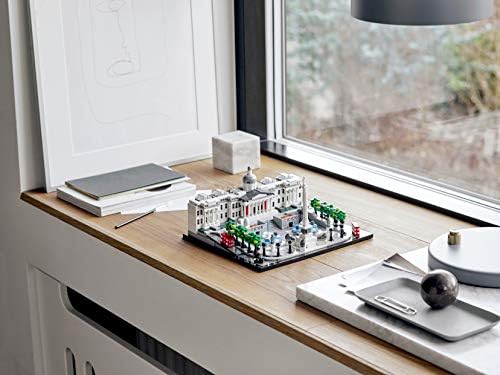 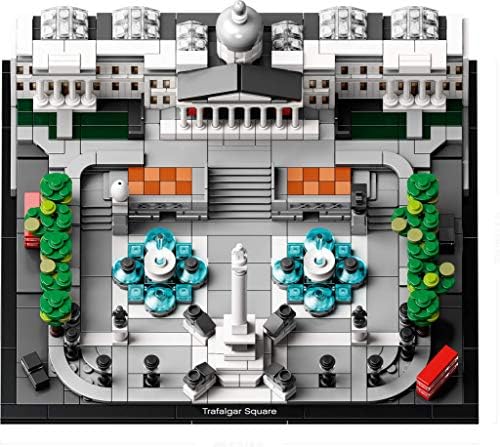 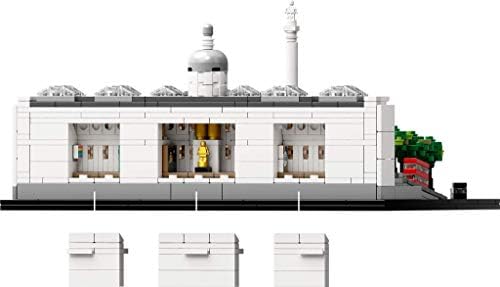 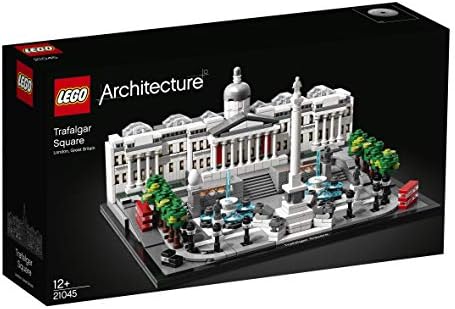 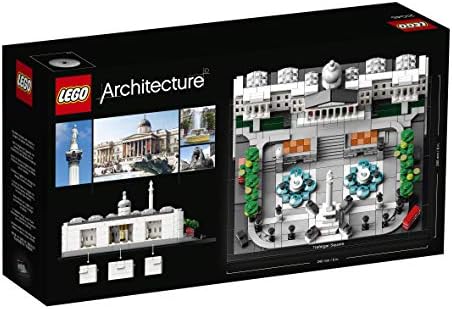 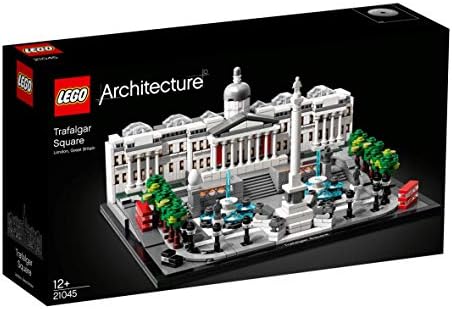 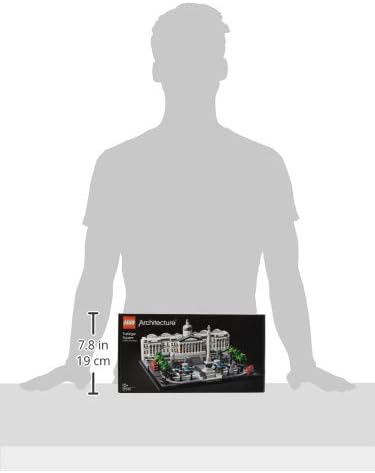 Features the national gallery with detailed interior, Nelson’s Column flanked by four lions, two trafalgar square fountains, amongst others
The sections at the rear of the national gallery can be removed for access to a detailed interior with brick-built statue and paintings
Tree-lined borders, ornate lampposts, two london buses, two black cabs and a tiled baseplate depicting the surrounding roads complete the model