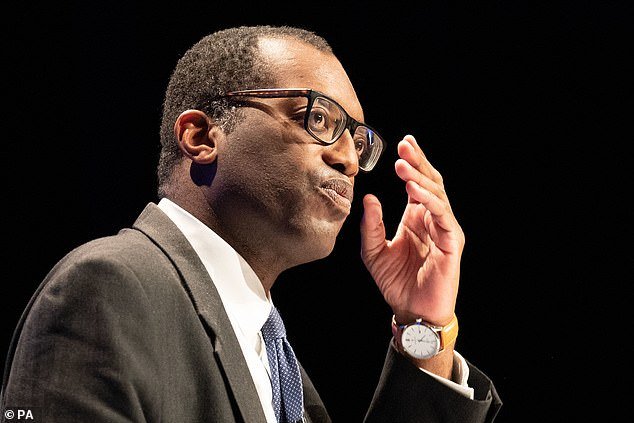 The Pound has today jumped to a two-week high, as Chancellor Kwasi Kwarteng prepares to bring forward the publication of his debt-reduction plans.

It now stands at 1.136 against the dollar – having rallied 0.4pc this morning.

The Pound had fallen to 1.0327 against the dollar – a historic low – following the Chancellor’s tax-cutting mini budget last week.

But it has since rallied following reassurances by the Government over the country’s debt levels.

It is now as high as it was on September 21. But it remains down on earlier in the year, having been around 1.326 against the dollar in April.

It comes as the Chancellor is now set to bring forward the publication of his medium-term fiscal plan to bring down public debt to later this month, according to the Financial Times.

The event will now take place before the next meeting of the Bank of England to consider interest rates – following intense pressure from MPs and economists. 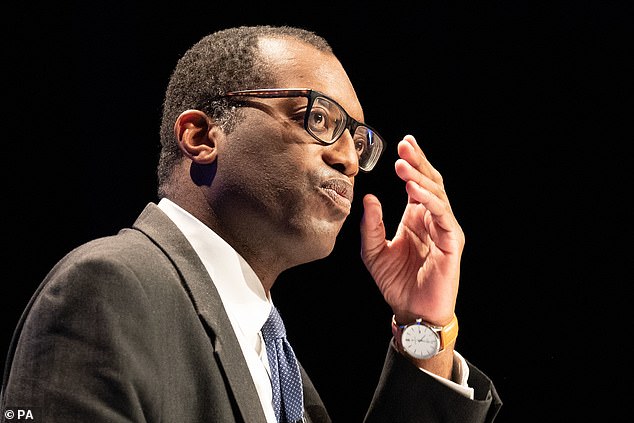 The Chancellor (pictured) is now set to bring forward the publication of his medium-term fiscal plan to bring down public debt to later this month, according to the Financial Times 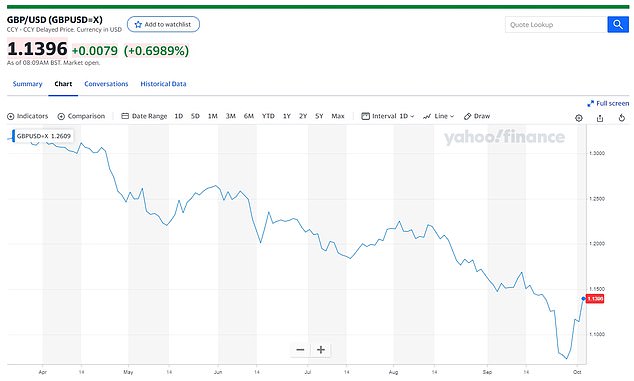 The pound had fallen as low as 1.072 against the dollar last week, following the Chancellor’s tax-cutting mini budget. But it has since rallied following reassurances by the Government over the country’s debt levels 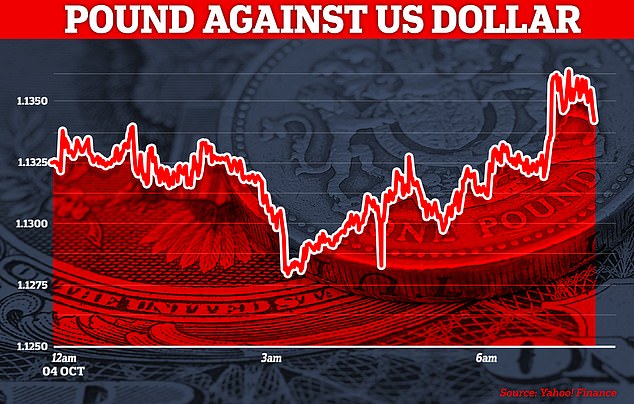 Earlier, Mr Kwarteng said he was dropping his plan to scrap the top rate of income tax, which had caused an uproar including among some lawmakers within his own Conservative Party and helped trigger turmoil in financial markets.

He had previously said he would deliver his fiscal statement on November 23.

But in a speech to the ruling Conservative party conference said he would publish more details ‘shortly’ of his plans for cutting debt alongside full forecasts from Britain’s independent fiscal watchdog, the Office for Budget Responsibility (OBR).

A government source told Reuters the ‘OBR can move quicker, so can we’.

Commenting on the Chancellor’s plan to bring forward publication of the fiscal plan, the chair of the Treasury Committee Mel Stride said the move would ‘calm the markets’ and help ‘reduce the upward pressure on interest rates’.

It comes as Liz Truss is facing a Cabinet revolt on plans to cut benefits to balance the books.

The PM is set to defy dozens of Tory MPs by uprating benefits in line with earnings rather than inflation next year, meaning a real-terms cut.

She will argue it would be unfair to go beyond what workers are receiving, and the move will save the government around £7billion.

But speaking to Times Radio, Commons leader Penny Mordaunt – who fought Ms Truss for the leadership this summer – said it ‘makes sense’ to increase benefits in line with inflation. She said: ‘We want to make sure that people are looked after and that people can pay their bills.

‘We are not about trying to help people with one hand and take away with another.’

One Cabinet minister told MailOnline: ‘Who has been briefing this stuff? Are we really going to do it? I can’t see how it is possibly going to happen.

‘I am a fiscal hawk but even I don’t think you can keep benefits down. We’ve had enough of a row over the top rate of tax – benefits would be even worse.’

Work and Pensions Secretary Chloe Smith is also thought to have significant doubts over the plans. ‘We know that people are struggling with some of the costs that are rising,’ she told conference yesterday. ‘That’s why protecting the most vulnerable is a vital priority for me and this government.’

The scale of opposition will raise fears that the premier could be forced into another U-turn, further hammering her reputation for decisiveness. The crash in the markets has sparked a Tory plunge in the polls, with the most recent showing an eye-watering 28-point lead for Labour. 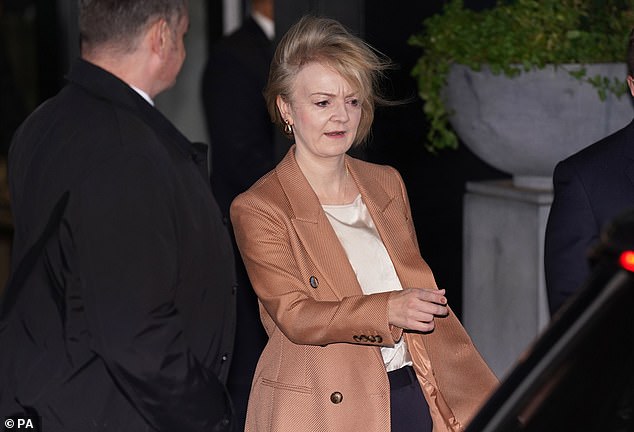 The volte face comes on top of the dramatic shift on the top rate of tax, which is staying despite both Ms Truss and Ms Kwarteng staunchly insisting it would be abolished until yesterday.

In interviews broadcast this morning, but pre-recorded on Sunday, Ms Truss said: ‘We are going to have to make decisions about how we bring down debt as a proportion of GDP in the medium term.

‘I am very committed to supporting the most vulnerable; in fact, in addition to the energy price guarantee we’re also providing an extra £1,200 to the poorest households.

‘So we have to look at these issues in the round, we have to be fiscally responsible.’

She told LBC radio that ‘no decision has been made yet on benefit uprating’, adding that it ‘will be taken in due course’.

But she dropped more heavy hints when pushed on why she commits to increase pensions but not benefits. ‘What I mean is when people are on a fixed income, when they are pensioners, it is quite hard to adjust,’ she said.

‘I think it’s a different situation for people who are in the position to be able to work.’