Prince Harry and Meghan Markle have released their first podcast and called on a number of their famous friends to appear.

The couple’s first 33-minute show as part of the deal with the streaming giant worth an estimated £30million ($40million) is a ‘holiday special’ that concludes with the gospel song This Little Light of Mine.

The guests appearing on the first episode feature a range of prominent British and American artists, activists and musicians.

The royal couple promised their podcast will ‘uplift and entertain audiences around the world’ as they spoke with a range of people who ‘inspire us’.

Link: Sir Elton was friends with Harry’s mother, Princess Diana, and he has remained a close friend of the prince since her death in 1997

One of Britain’s most famous rock stars, Sir Elton has been in royal circles for years, from performing at Prince Andrew’s 21st birthday party to Princess Diana’s funeral in 1997.

The 73-year-old kept in touch with Harry, and has worked with him on AIDS charity work, a cause close to Diana’s heart.

In 2019 he performed at the lunch reception when Harry tied the knot with Meghan, and even gifted them the use of his private jet and home in Nice for which they were heavily criticised.

When Harry and Meghan forfeited their royal duties to move to America, they rented a mansion close to Sir Elton’s in a gated LA community.

After they move to their current mansion in Montecito, it was reported they even consulted Sir Elton’s extravagant designer Martyn Lawrence Bullard for help choosing the decor. 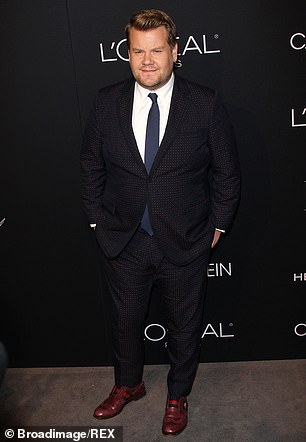 Link: He was a guest at Harry and Meghan’s wedding and was asked by the duke to perform at the couple’s evening celebration.

A breakthrough star of several British comedies including Gavin and Stacey, Corden left the UK in search of Hollywood stardom in 2015, and now presents the Late Late Show for CBS.

On news of Harry and Meghan’s engagement, the TV funnyman, 42, used his show to subtly plead for an invitation to the wedding, and was later invited.

It was reported Corden even managed to set up a ‘dance-off’ between Harry, William and their father Charles at the star-studded reception afterwards.

Corden is now one of the most prominent Britons in US showbiz – making him the perfect figure to generate publicity for the podcast on both sides of the Atlantic. 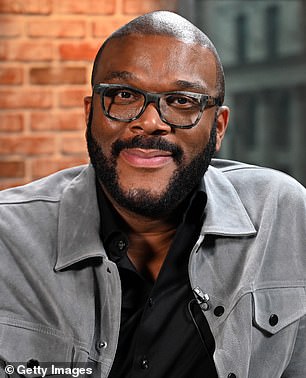 Link: Through his mutual friend, Oprah Winfrey, Perry invited Harry, Meghan, and Archie to stay in his $18million Californian mansion while they searched for a permanent home

Once-homeless Perry has earned a fortune through writing, developing and starring in dozens of films, TV series and stage plays, including as his most famous ‘Madea’ character.

In 2011, he was listed by Forbes magazine as the highest-paid man in entertainment.

The couple had been staying in Perry’s £15m ($20m) 12-bedroom Los Angeles mansion before moving to their current home in Montecito.

The actor had previously posted images of the house on Instagram, which showed a  sunken Grecian-style bath and a huge terrace with stunning views of LA. 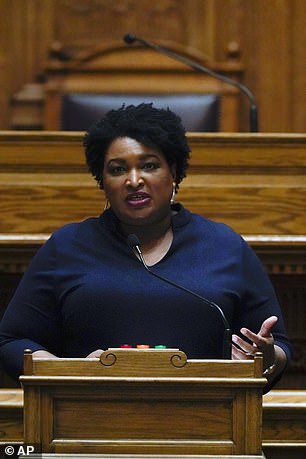 Link: Meghan spoke to Abrams in August to discuss voter suppression in the US and how it affects people of colour

Abrams is a key political figure in Georgia who was catapulted on to the national arena in the wake of the contentious 2020 US election.

She served in the Georgia House of Representatives from 2007 to 2017 before becoming the country’s first African American female nominee for a major party in a gubernatorial race.

She lost the 2018 vote to the Republican Governor Mike Kemp in an election which she accused her opponent of engaging in black voter suppression.

In the 2020 Presidential election, Georgia was a crucial swing state, and many have credited Abrams and Fair Fight Action for turning it blue, along with many other states where she campaigned. 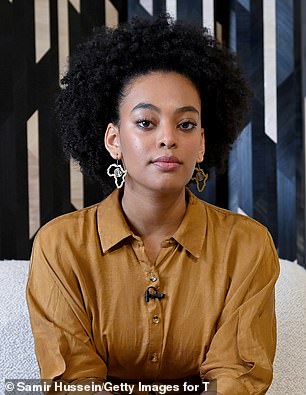 At the age of 17, Christina has already served as co-chair of a campaign tackling food injustice and launched one of the most successful petitions in recent UK political history.

The teenager from London serves on the youth board of Bite Back 2030 which is fighting for young people to be given equal access to a good diet.

The young trailblazer has also written poems about the Black Lives Matter movement and delivered speeches at global climate summits.

Christina, who received free school meals when she was younger, was at the forefront of Marcus Rashford’s campaign to help poorer children be fed during the school holidays this year.

She started the petition which was later championed by the Manchester United footballer which forced the government into two U-turns.

The 17-year-old has made it her mission to ensure that no child in the UK goes hungry. 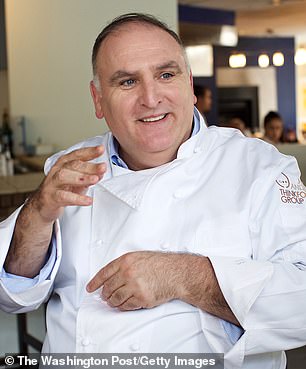 Link: The royal couple announced earlier this month they had partnered with the chef for their new charitable venture

The chef and restaurateur is credited with bringing small plates to US cuisine from his native Spain.

Arriving in the country in 1990 with $50 to his name, he has since gone on to earn three Michelin stars, owning dozens of restaurants.

But he famously pulled out of a restaurant deal at the Trump International Hotel in Washington DC in 2016 after the then Republican presidential candidate made disparaging comments about Mexicans.

The organization provides free meals in the wake of natural disasters, starting in 2010 after the Haiti earthquake.

It has since helped deliver food to Americans during the Covid pandemic. 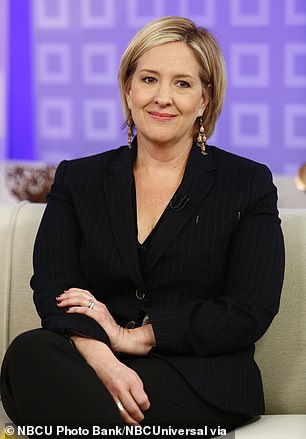 Link: The Duke and Duchess of Sussex said they ‘adore’ self-help guru Brené Brown in August. Her other celebrity fans include Oprah Winfrey, Gwyneth Paltrow, and Jennifer Aniston.

Brené Brown has had a varied career, working as a professor, author, podcast host and self-help guru.

She has spent two decades studying courage, vulnerability, shame, and empathy and imparts her wisdom to students, readers and listeners.

Previously struggling with addictions to smoking, alcohol and emotional eating, she has since transformed her life and now helps others.

She has penned five New York Times bestselling books and her TED Talk on The Power of Vulnerability further propelled her in the public eye, going viral with millions of views on YouTube. 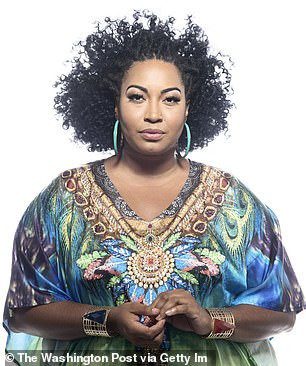 Link: Meghan and Harry hosted a virtual discussion featuring Cargle in October for a special episode of the Time100 Talks

Cargle came to prominence after a photo of her at the 2017 Women’s March against Donald Trump’s presidency went viral.

She held aloft a placard reading ‘If You Don’t Fight for All Women You Fight for No Women’, in front of the Capitol.

The activist has since then used her platform to speak out on issues of race, gender and inequality on her ever growing social media accounts.

She is an advocate of intersectional feminism, which means different inequalities such as class, gender or race are treated as intersecting rather than separate issues.

Cargle tours a lecture, Unpacking White Feminism, and regularly appears in the media speaking out on issues of inequality.

The author has also founded the Loveland Foundation which helps provide therapy to black women and girls. 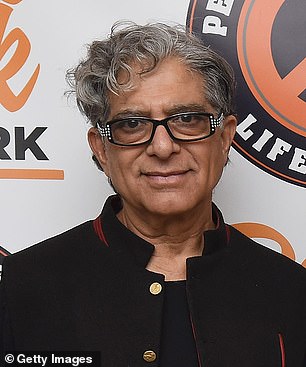 Link: Meghan’s lifestyle blog The Tig, which she wrote before meeting Prince Harry, cited the works of Chopra

The Indian-American author is one of the best-known figures in alternative medicine and the New Age movement.

Chopra, who calls himself an ‘explorer of consciousness’, believes the human body can attain perfect health, avoiding ageing, disease and pain.

His claims have been heavily disputed by scientists who have dismissed his beliefs as ‘pseudoscience’.

The doctor and prolific author shot to fame with his appearances on Oprah Winfrey’s show where he discussed his views that someone’s mental health can affect their physical reality.

Chopra and his wife currently live in a ‘health-centric’ condominium in Manhattan. 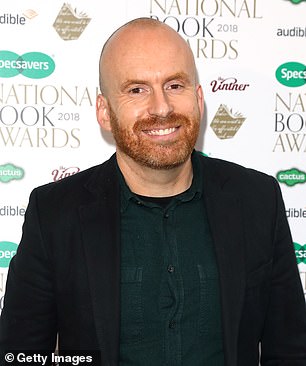 Link: Meghan is one of the author’s high profile fans and included his poem in her guest edit of British Vogue last year

Matt Haig has been very open about his battles with mental health and has fed the subject into his successful books.

The author, 45, has written a number of bestsellers including Reasons To Stay Alive, How To Stop Time and Notes on a Nervous Planet.

Haig, who is married with two children, struggled with depression and anxiety in his 20s and nearly took his own life.

In the September issue of British Vogue, Meghan hailed his poem, which is an ode from a beach telling swimmers not to be body-conscious.

Matt added that Meghan’s choice to include his piece is a ‘surreal honour’ and that he is glad she ‘digs my stupid humour.’ 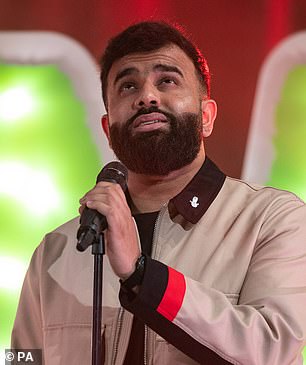 Link: Before Meghan met Harry, Manawer revealed the Suits actress approached him backstage at an event where they discussed mental health work

Hussain Manawer is a poet and campaigner who teaches about the importance of mental health.

His success has seen him share stages with global popstars, reciting poems alongside Ed Sheeran, Cher and Ellie Goulding.

He has even performed with Justin Trudeau and Kofi Anan.

The poet holds the record for the world’s largest mental health lesson and is also an ambassador for mental health charity Samaritans.

His poem The Sound of Support opened the FA Cup final in England this year, cheered on by Prince William and Kate Middleton. 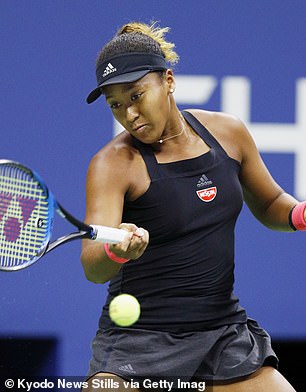 At 23, Naomi Osaka, has already made a huge name for herself on the tennis court.

The Haitian-Japanese former World Number One became the first Asian player to hold the top ranking in singles tennis.

Osaka has already won three Grand Slam titles and is the reigning US Open champion.

She famously defeated Serena Williams in 2018 to win the US Open, her first Grand Slam.

The match is also remembered for Williams’s on field dispute with the umpire, causing her to receive a game penalty.

Osaka has become increasingly outspoken and this year attended Black Lives Matter protests and wore face masks bearing the names of black people killed by police to her tennis matches. 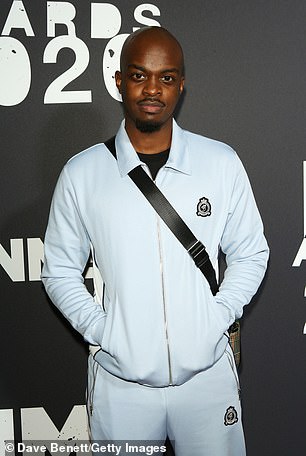 Link: Harry and Meghan have had a long association with the British spoken-word artist. Prince Harry shared one of his poems to mark World AIDS Day in 2016, before George The Poet performed on the couple’s wedding day in 2018.

George the Poet is a man of many talents, performing as a spoken-word artist, rapper, poet and podcaster.

Last year, he was offered an MBE but turned down the award because the British Empire’s treatment of his ancestral homeland of Uganda.

Leap of Faith: The new autobiography from one of the greatest living jockeys

Love to Cook: 120 joyful recipes from my new BBC series

A Queen for All Seasons: A Celebration of Queen Elizabeth II on her Platinum Jubilee

Shares Android 7 is the latest addition to our EUD security guidance. Source link

More than 1,000 arrested in global crackdown on online fraud