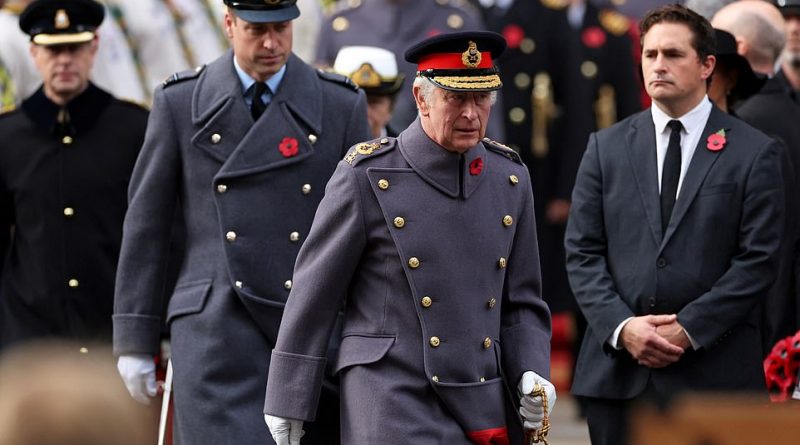 King Charles snubs Princes Harry and Andrew by pushing them further down pecking order as he expands list of royals allowed to stand in for him: Princess Anne and Prince Edward will now be able to deputise for Charles if he is absent on official duties

By Oliver Price For Mailonline

The Princess Royal and the Earl of Wessex will join members of the royal family who can stand in for the King when he cannot fulfil official duties in a move that will make it even less likely that Prince Harry and Prince Andrew will be called to do so.

King Charles’ intention was announced in a signed message read to the House of Lords by the Lord Chamberlain, Lord Parker of Minsmere, who is the most senior official in the royal household.

Charles said the aim of the increase was to ‘ensure continued efficiency of public business when I am unavailable’.

Counsellors of State, who can deputise for the monarch if he is overseas on an official trip or ill, include the Duke of Sussex, who lives in California after stepping down as a working royal, and the disgraced Duke of York.

This comes after rising calls for Princess Anne to receive an exemption from parliament to act on behalf of the King despite rules which prevented her from doing so. 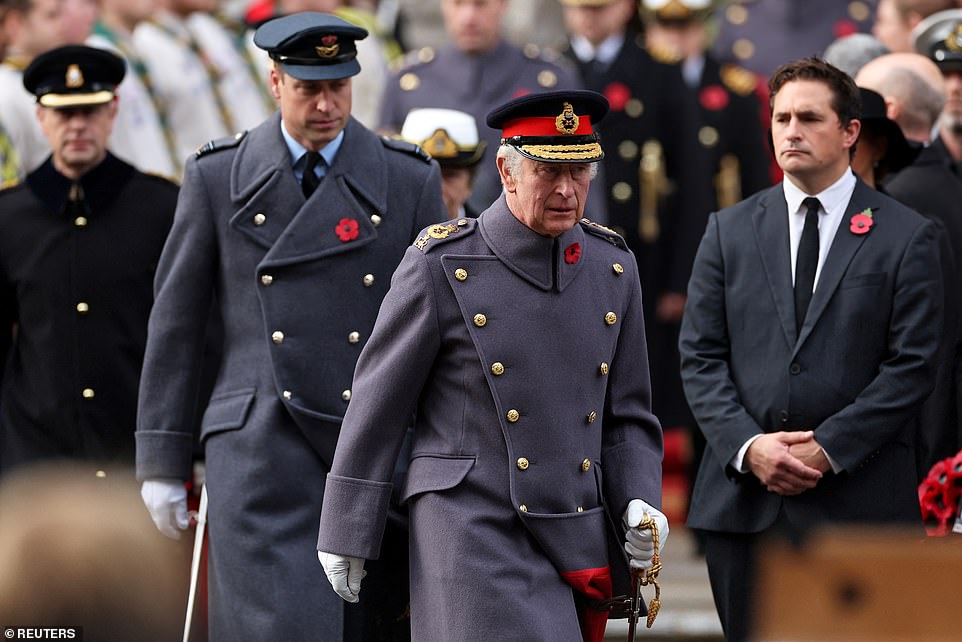 Prince William, Prince of Wales and King Charles arrive to attend the Remembrance Sunday ceremony at the Cenotaph on Whitehall in central London yesterday 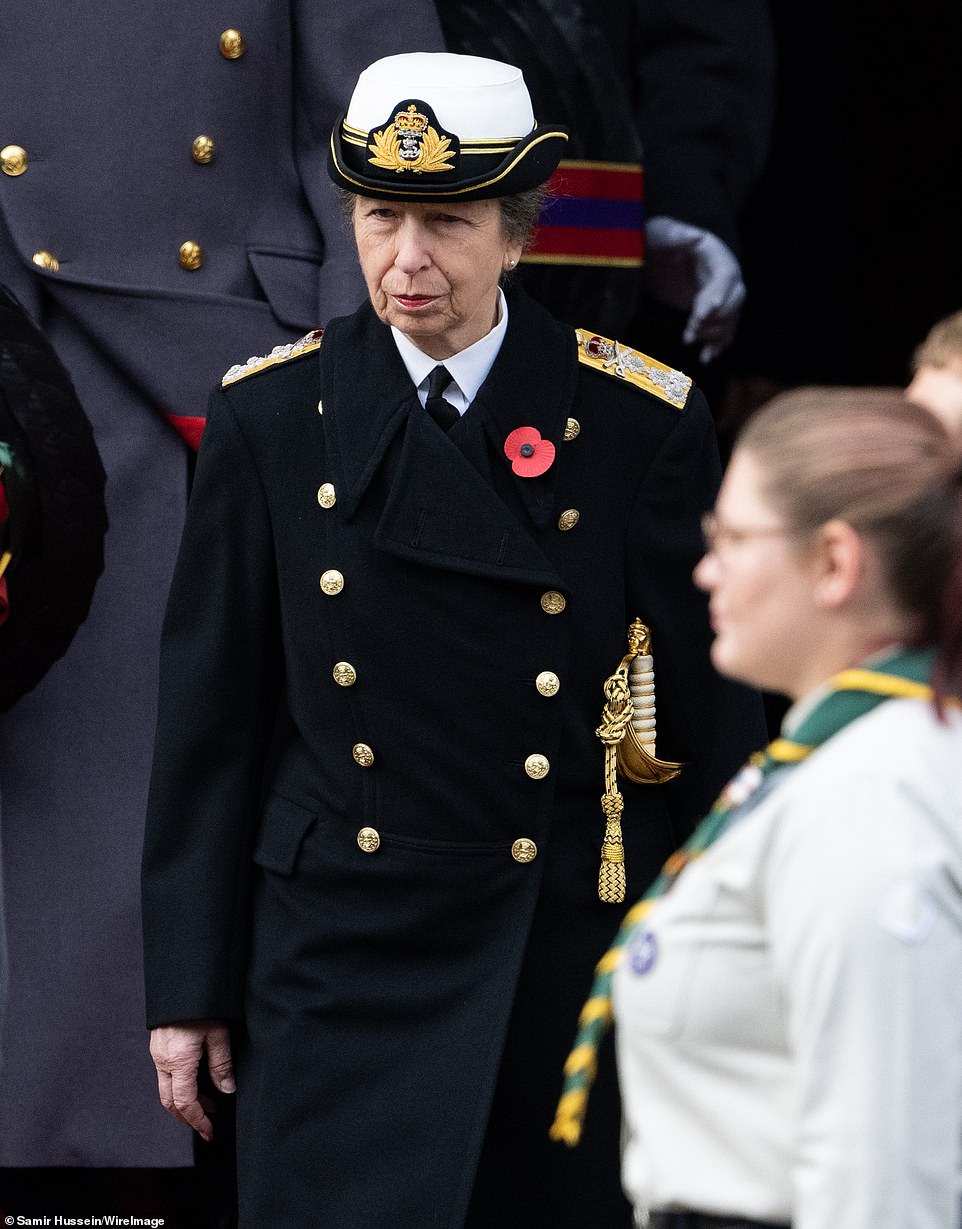 Princess Anne, Princess Royal during the National Service Of Remembrance at The Cenotaph yesterday

Provisions for the counsellors are made under the Regency Acts 1937 to 1953 and those who can currently stand in for Charles include the Queen Consort, and the four most senior adults in the line of succession – Prince of Wales, Harry, Andrew and Princess Beatrice.

Speaking at the despatch box in the upper chamber, Lord Parker said he had the honour to present a message from the King ‘signed by his own hand’.

The independent crossbencher told peers: ‘The message is as follows: “To ensure continued efficiency of public business when I am unavailable such as while I am undertaking official duties overseas, I confirm that I would be most content, should Parliament see fit, for the number of people who may be called upon to act as Counsellors of State under the terms of the Regency Acts 1937 to 1953 to be increased to include my sister and brother – the Princess Royal and the Earl of Wessex and Forfar – both of whom have previously undertaken this role”.’

Prince Edward, Earl of Wessex during the National Service Of Remembrance 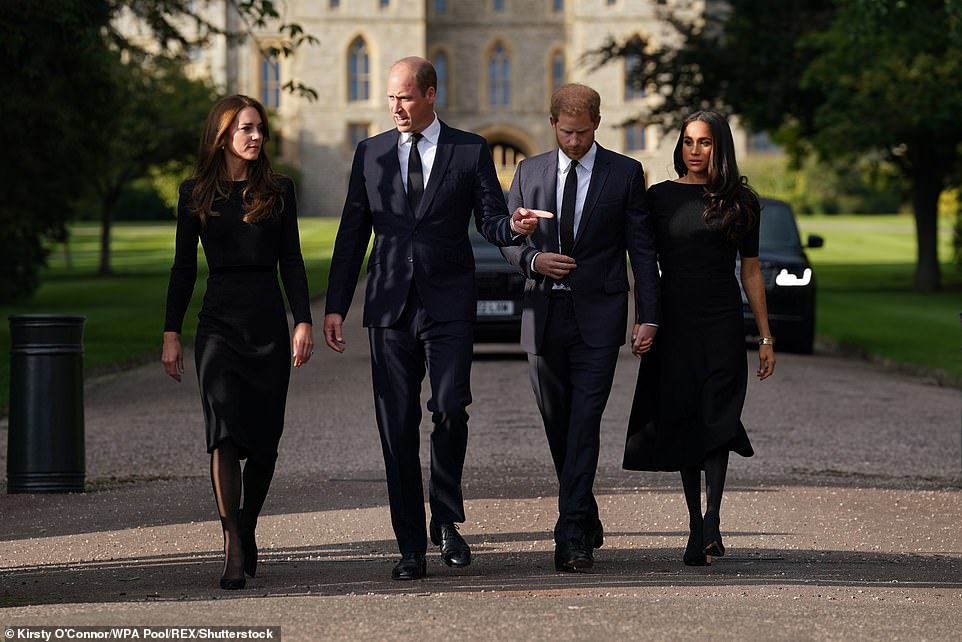 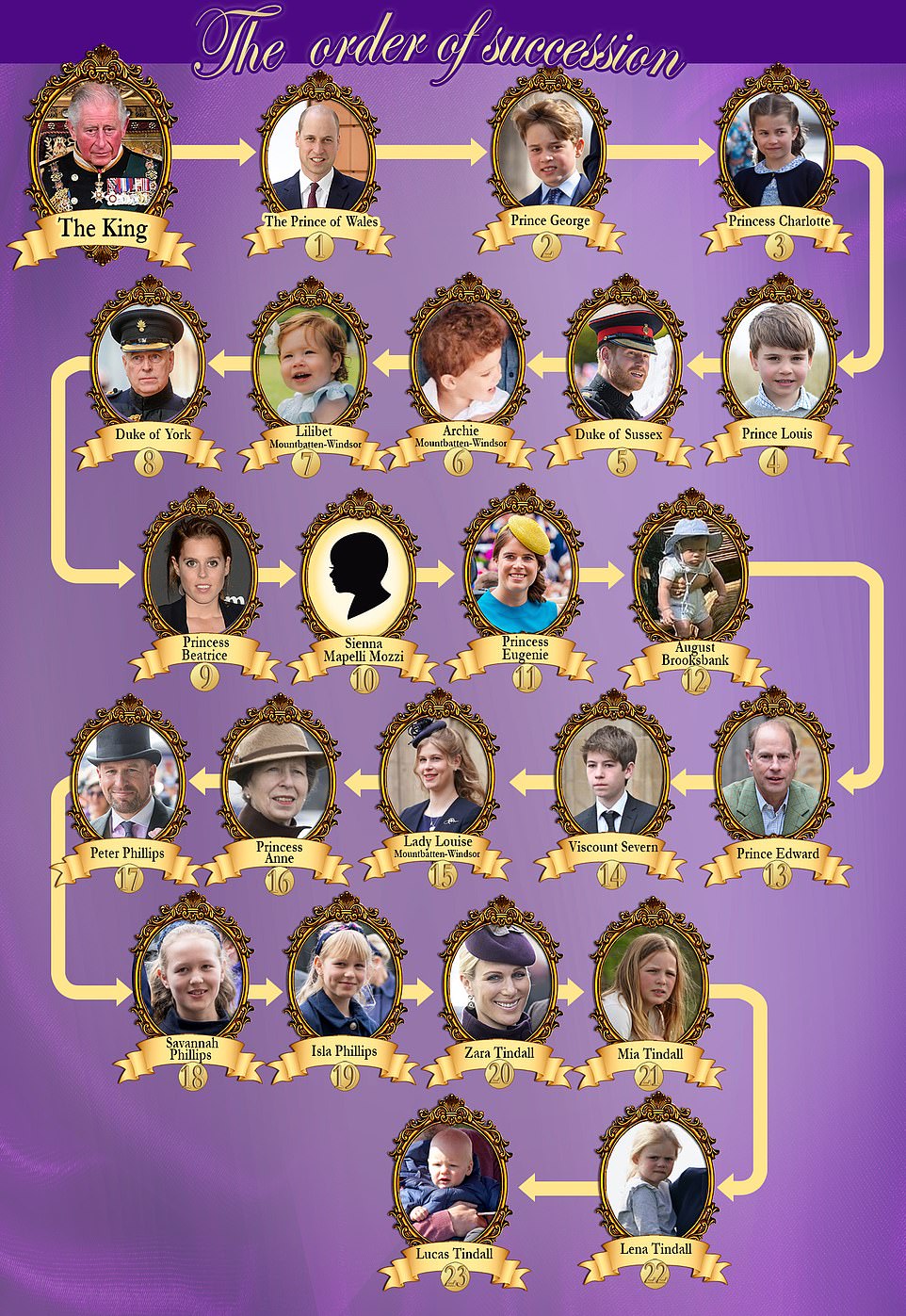 There were approving shouts of ‘hear, hear’ from the red benches at the end of the King’s message being read out.

It comes after Labour Peer Viscount Stansgate, the son of the late left-wing firebrand Tony Benn, recently questioned the current list of royals able to officiate when the King is not available, given it included the Duke of York and the Duke of Sussex ‘one of whom has left public life and the other of whom has left the country’.

It is thought any changes to legislation to increase the number of counsellors would be completed later this year before the prospect of the King and Queen Consort going on overseas tours in 2023, which may coincide with the Prince and Princess of Wales also being out of the country.

Counsellors of State are authorised to carry out most of the official duties of the Sovereign like attending Privy Council meetings, signing routine documents and receiving the credentials of new ambassadors to the UK.

But certain core constitutional functions cannot be delegated, like appointing a prime minister or creating peers.

Counsellors of State: Your questions answered

The five Counsellors of State underneath King Charles are:

What can they do?

As Counsellor of State, the five chosen royals can carry out most official duties of the monarch, including attending Privy Council meetings and signing documents on behalf of the King.

They are also permitted to receive new ambassadors to the UK.

But there are key decisions they cannot make.

They are not permitted to deal with Commonwealth matters, appoint a prime minister or dissolve parliament – unless they receive express orders from the King.

How are they chosen?

The Counsellors of State are automatically assigned based on their position in the succession order to the throne.

A royal must be over the age of 21 to be considered, and the titles are handed to the monarch’s spouse and the four royals next in line for the throne.

The exception to this is female royals born before 2011. Prior to then, the male royal primogeniture rule was in place which afforded male royals greater rights to the throne.

The rule was amended in 2013 but not retrospectively, meaning Princess Anne dropped down the line of succession and therefore is not considered for the role.