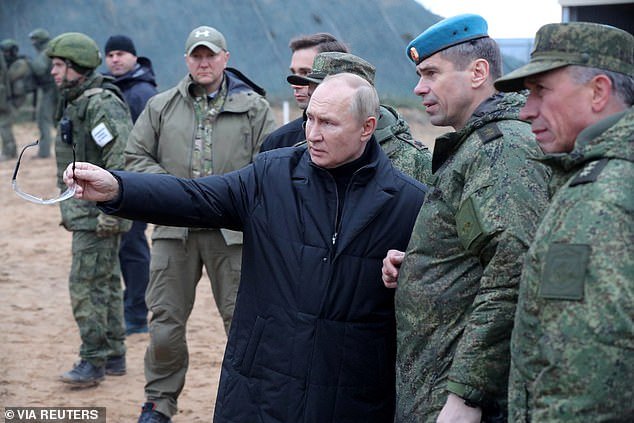 99% of voters in Donetsk and 98% in Luhansk supported joining Russia in referenda in September that have been widely denounced as a ‘sham’.

Speaking to Russian news agencies about the president visiting Donbas, Kremlin Press Secretary Dmitry Peskov said: ‘In due time, this will happen, of course.

‘This is a region of the Russian Federation.’

Peskov, who was Press Secretary of the Prime Minister of Russia between 2008 and 2012, and has been Kremlin Press Secretary since 2012, did not say when the President would visit the region. 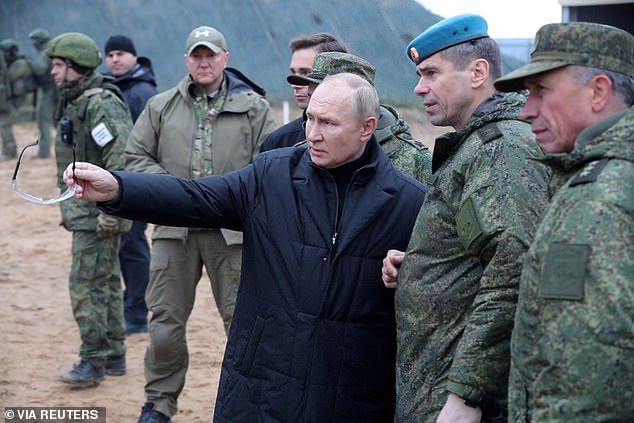 Putin talks to Deputy Commander of the Airborne Troops Anatoly Kontsevoy at a training centre for mobilised reservists, in Ryazan Region, Russia, in October 2022 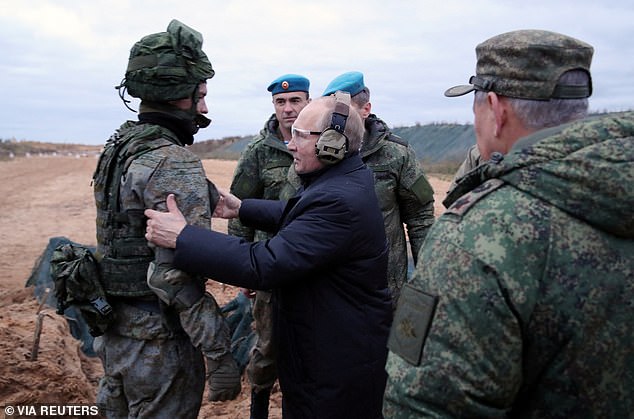 Peskov also told local news agencies today that Russia would not support a $60 price cap on oil, formally agreed by the EU, G7 nations and Australia on Friday evening.

Critics have said this will not significantly affect Russia’s ability to finance its war in Ukraine. 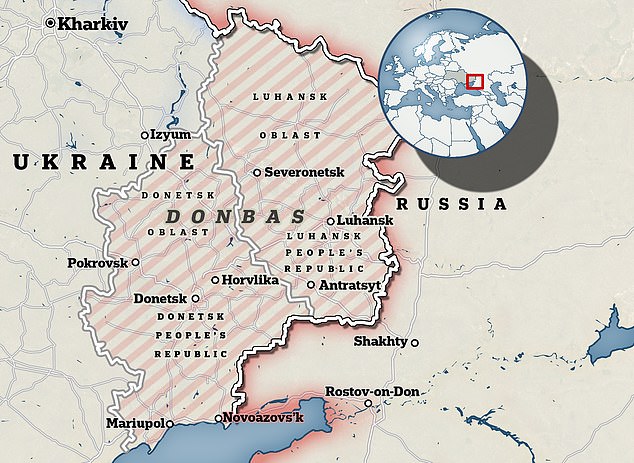 The resource-rich area of Donbas in eastern Ukraine has been partially under the control of disputed Russian-backed entities, the DPR and the LPR, since 2014 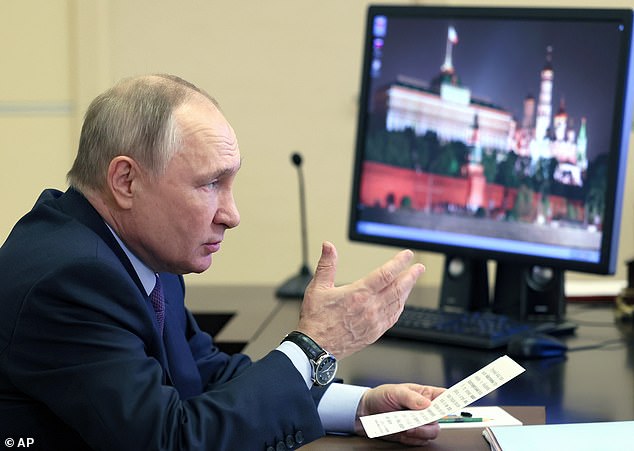 The Donbas has significant coal reserves and remains strategically and symbolically important to Russia.

Underpopulated areas in eastern Ukraine underwent ‘Russification’ during the second half of the 20th century, with Russia encouraging the migration of Russian peasants to Crimea and the Donbas, as well as the adoption of Russian language, schools and cultural institutions.

Despite attempts to suppress Ukrainian culture in the region, the majority of Ukrainians – including the people of the Donbas and Crimea – supported independence from the Soviet Union during its fall at the end of the century.

However, after Ukraine’s anti-Russian Revolution of Dignity in 2014, Russian separatist movements in Donetsk and Luhansk, Donbas, declared independence from Ukraine with Russian backing. 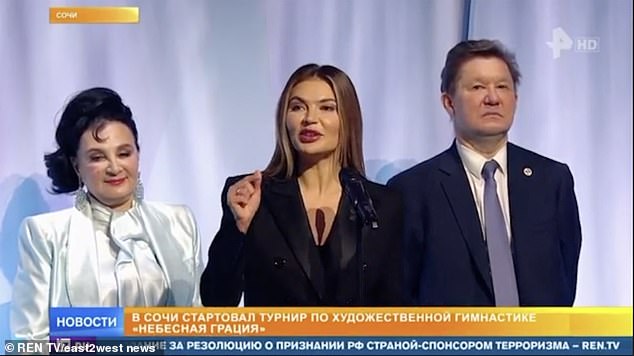 Alina Kabaeva, 39, thought to be the long-time lover of Putin, 70, made a rare public appearance in Sochi, Russia, today to open a new gymnastics centre 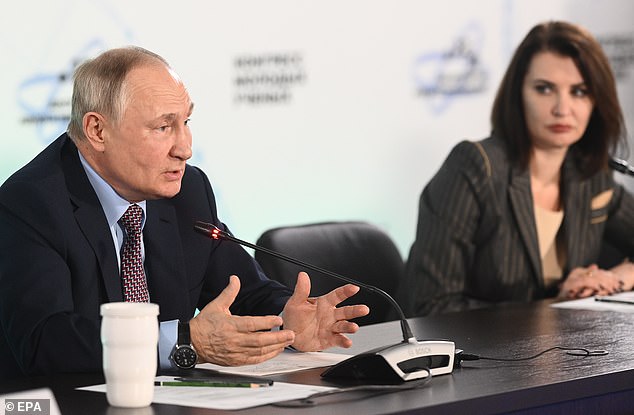 Putin attends a meeting with the II Congress of Young Scientists in Sochi, 1 December 2022

97% of voters apparently voted to join Russia in the 2014 Crimean referendum, which was not recognised by the US, EU or the Ukraine.

Polls after the invasion showed 41% of voters in Crimea, 33% in Donetsk and 24% in Luhansk supported union with Russia.

Russian president Putin recognised both the DPR and LPR as independent just days before invading Ukraine on 24 February 2022, in part to ‘protect’ the pro-Russian entities in the Donbas.

Russia formally annexed areas in and around Donetsk, Luhansk, Zaporizhzhia and Kherson in southern and eastern Ukraine in September 2022.

All four regions voted to join Russia in ‘sham’ referenda in late September 2022.

Russia claimed 99% and 98% of the votes cast in Donetsk and Luhansk respectively supported joining Russia.

Russia faced a similar dispute over ballot-rigging in 2011, when around 50,000 protestors rallied around the Kremlin and demanded a re-run of parliamentary elections.

During the March 2012 presidential elections, protestors in Novosibirsk, Siberia, complained that regional vote counts totaled 146% of the population.