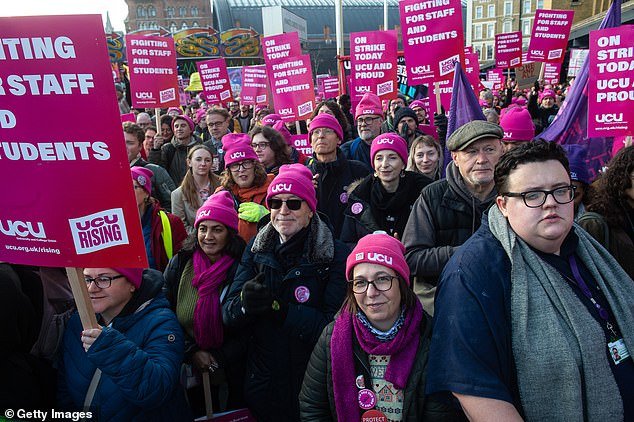 Rishi Sunak is facing Tory calls to get a grip on strikes with a million workers due to walk out this month.

The PM has been urged to push ahead with tough legislation curbing the powers of unions to bring the country grinding to a halt. MPs are also griping that he needs to ‘make the case better’ that fundamental change in the public sector is the only way to raise performance and wages.

The government has accused rail union barons of ‘holding the country to ransom’ after adding more strike days from December 24-27. Even if the dispute was settled immediately – which seems a remote possibility – managers have warned that services will still be in chaos.

NHS, education, and postal staff, as well as driving instructors, are also planning to strike over the festive season. Altogether around a million workers are said to be set to down tools in the coming weeks.

Tories are alarmed about a repeat of the ‘winter of discontent’ that effectively destroyed the Callaghan government in the 1970s. 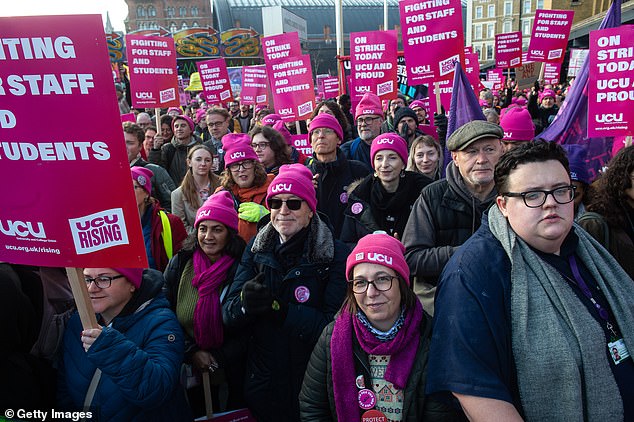 NHS, education, and postal staff, as well as driving instructors, are also planning to strike over the festive season (pictured, a recent rally by unions in London) 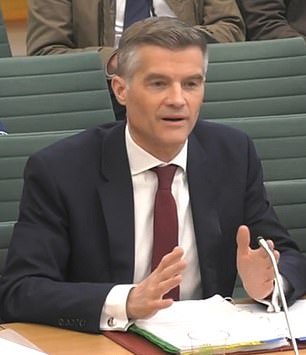 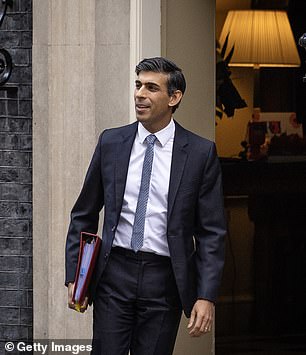 Rishi Sunak (right) is facing Tory calls to get a grip on strikes with a million workers due to walk out this month. Transport Secretary Mark Harper (left) has urged rail unions not to recommend their members reject offers aimed at resolving industrial disputes 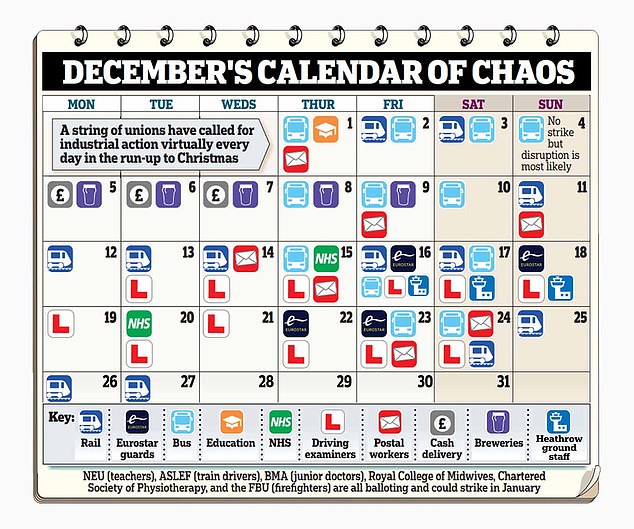 Alongside rail workers, NHS, education, and postal staff, as well as driving instructors, are planning to strike over the festive season

One MP told MailOnline that the government should be bringing in minimum service level rules for rail, pointing out that key staff such as prison guards are not able to strike.

However, they delivered a downbeat assessment – admitting ministers seem unwilling to go ahead. ‘If they don’t we are going to have all these strikes. This feels so much like what it was like in the past when we had inflation. The Labour government didn’t know what to do about it. The government is in a bind.’

A minister told the Financial Times: ‘If the Christmas Eve strike goes ahead, we need to crack on with the anti-strike laws early in the new year.’

The Rail, Maritime and Transport (RMT) union will press ahead with strikes from next week after it recommended its members should reject the latest offer from Network Rail.

Mr Harper told the Commons Transport Select Committee: ‘My department spends something over 60% of the department’s total spending on capital and revenue on railways, and only 10% of journey miles in the country are on rail.

‘I just think we have to get that into a better sense of balance. That’s what we’re trying to do with the unions. 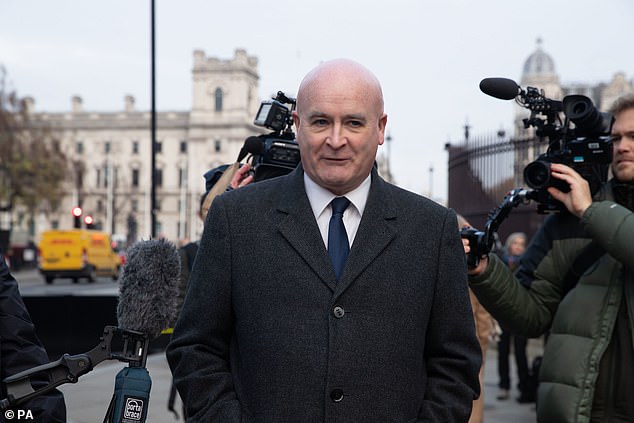 The boss of the militant RMT union, Mick Lynch, announced an escalation in strikes after pay talks broke down with rail operators

‘I would still urge the unions to keep talking, put those deals to their members with at least a neutral recommendation, and call off the strikes before Christmas which are going to be so damaging to individuals and businesses across a whole range of sectors.

‘The Government will do what we can to try and encourage both employers and unions to keep talking.’

However, the union cancelled an overtime ban from December 18 to January 2 which could have caused hundreds of last-minute cancellations. Several operators rely on overtime working to run a full timetable.

Mr Lynch said a new pay rise offer of 9 per cent over this year, backdated to January, and next will be put to workers in a referendum. The offer also includes no compulsory redundancies until 2025.

But Mr Lynch said the union will encourage members to reject it. The result will be announced on Monday.

It means that next week’s strikes will go ahead come what may, but the December 24-27 and January action will be called off if members accept it.