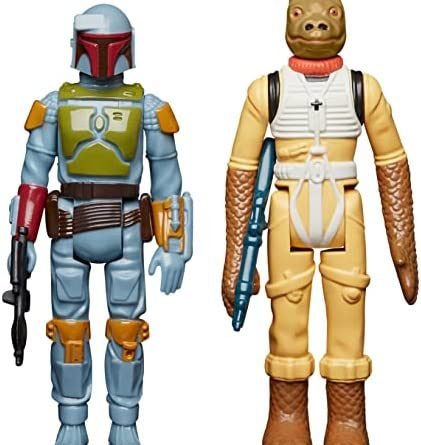 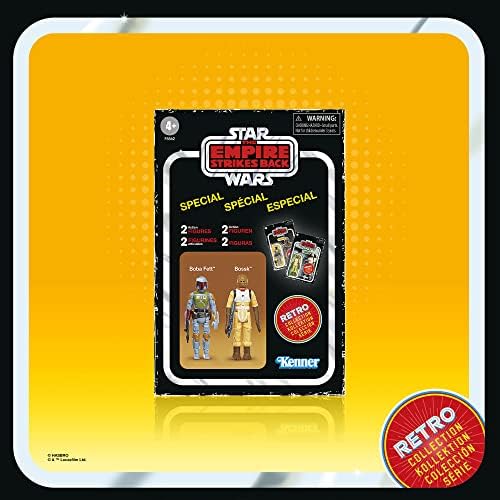 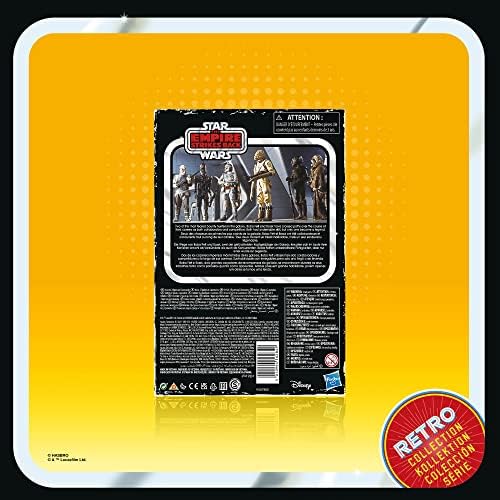 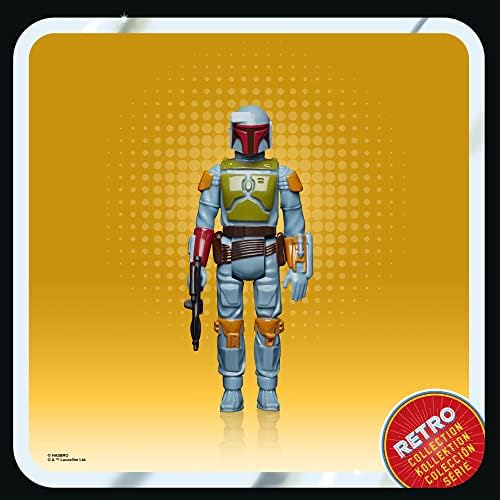 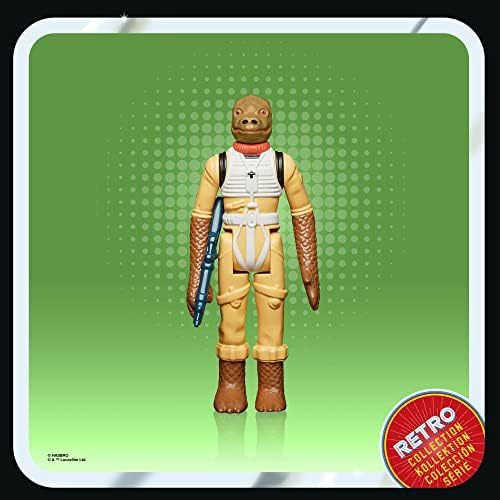 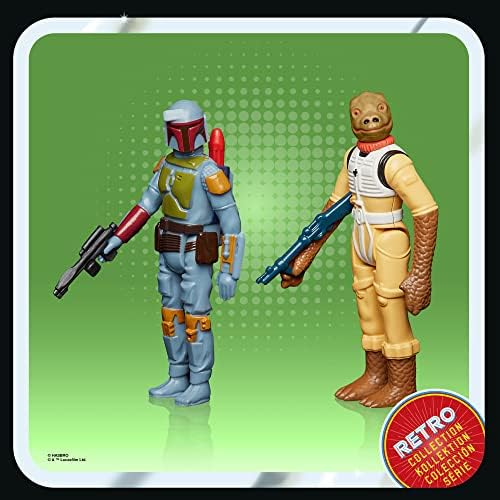 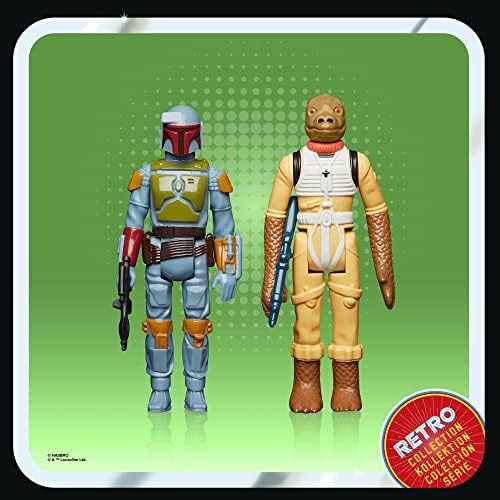 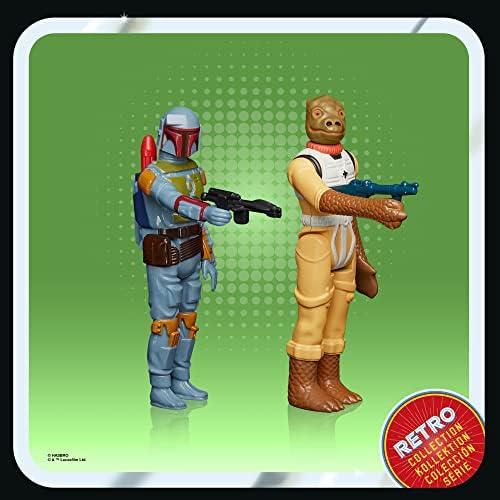 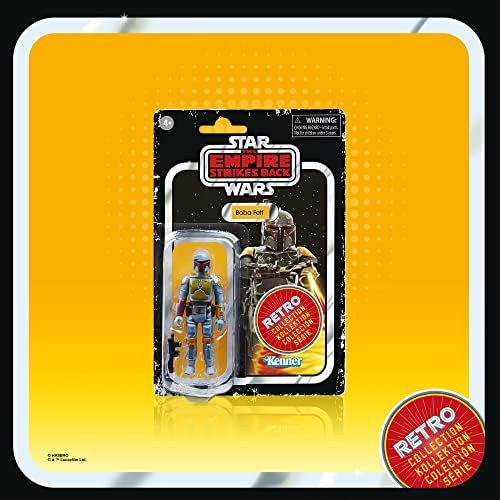 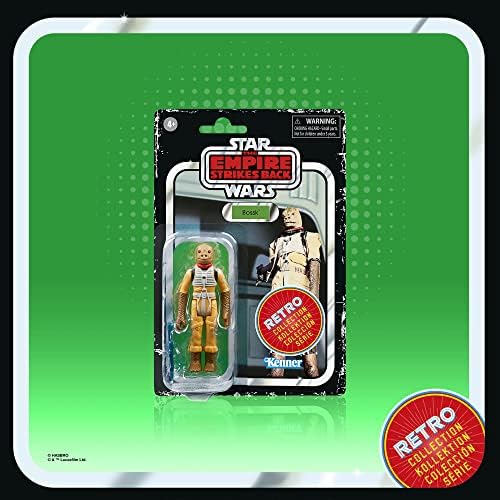 2 of the most feared bounty hunters in the galaxy, Boba Fett and Bossk have crossed paths over the course of their careers as both collaborators and competitors. Both had undeniable skill, but only one became a legend. Kids and collectors can imagine the biggest battles and missions in the Star Wars saga with figures from Star Wars Retro Collection! With exquisite decoration, this series embodies the quality and realism that Star Wars devotees love. Star Wars Retro Collection includes figures from the 40-plus-year legacy of the Star Wars Galaxy, including movies and live-action series. (Additional products each sold separately. Subject to availability.) The 3.75-inch-scale Retro Collection figure is detailed to look like the Boba Fett & Bossk characters from Star Wars: The Empire Strikes Back, featuring design and detailing inspired by 1970s Star Wars figures.
ICONIC STAR WARS CHARACTERS: This action figure 2-pack is inspired by the characters in Star Wars: The Empire Strikes Back, and includes Boba Fett & Bossk presented on individual Retro Collection cardbacks
KENNER-INSPIRED PACKAGING AND DETAILING: The Star Wars Retro Collection 3.75-inch-scale figures feature 5 points of articulation, classic Kenner branding, as well as packaging treated with a weathered look (Each sold separately. Subject to availability.)
STAR WARS: THE EMPIRE STRIKES BACK MOVIE-INSPIRED DESIGN: Fans and collectors can imagine scenes from the Star Wars Galaxy with these premium Boba Fett & Bossk toys, inspired by the classic movie
SERIES-BASED CHARACTER-INSPIRED ACCESSORIES: These Star Wars Retro Collection action figures come with entertainment-inspired accessories and make a great addition to any Star Wars collection
Target gender: male